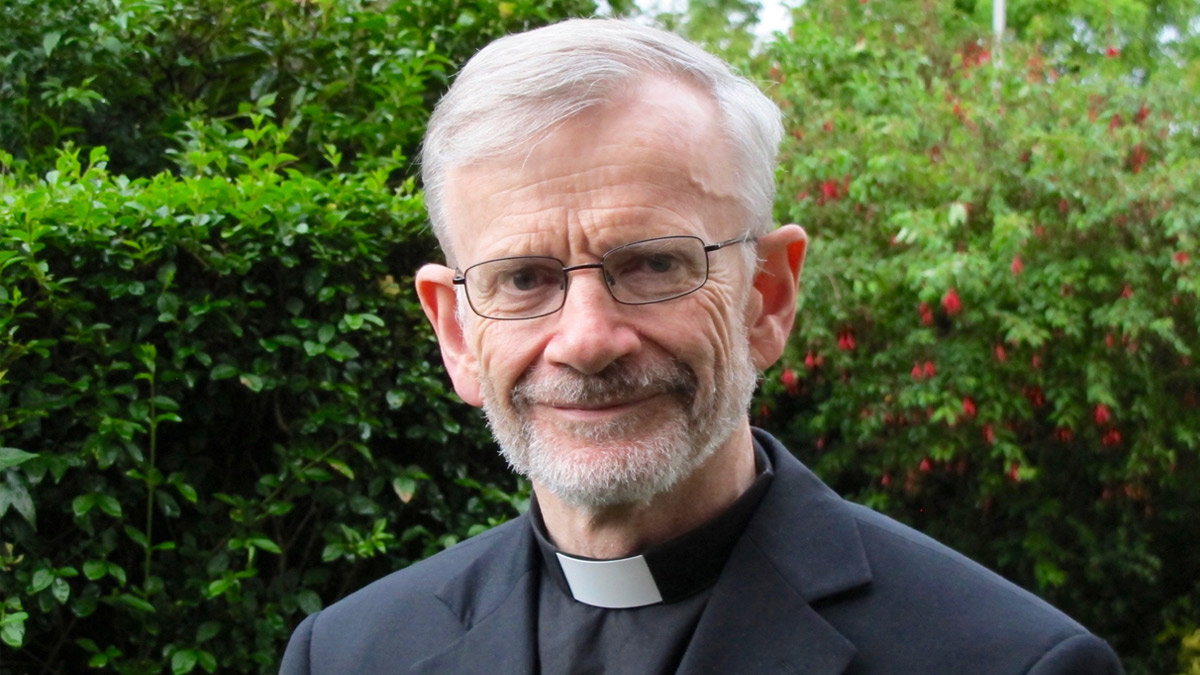 Pope Francis has appointed Fr Alan McGuckian SJ as Bishop of Raphoe. He replaces Bishop Philip Boyce ODC, whose resignation was also accepted by the Pope, today, Friday 9 June, the Feast of St Columcille. Irish Jesuit Provincial Leonard Moloney SJ welcomed the news of the appointment saying the prayers and warm wishes of all those in the Province were with Alan as he takes up this position of service in the local Church. “Alan brought a spirit of dynamic service and generous commitment to the various Jesuit apostolates where he has worked.” he said, adding, “I have no doubt he will bring these same qualities now to his new office in pastoral care of the priests and people of the Diocese of Raphoe.” He also offered best wishes for his retirement to Bishop Philip Boyce “after his many years of faithful service in the diocese since 1995”.

The Primate of All Ireland and Archbishop of Armagh, Eamon Martin also congratulated Alan on his appointment and paid tribute to Bishop Boyce. In a statement issued through the Catholic Communications Office in Maynooth he said,

“On the feast of Saint Columba I want to offer my sincere and prayerful congratulations to Father Alan McGuckian SJ whom Pope Francis has appointed as the new Bishop of Raphoe. Father McGuckian’s background in education and communications, as well as his recent immersion in pastoral planning and development with the Diocese of Down and Connor, indicate just some of the rich experiences and gifts that he will bring to his new ministry. I pray that Saint Columba and Saint Eunan will intercede for him as he takes up his new duties as bishop.”

Alan McGuckian was born in 1953, the youngest of six children of the late Brian and Pauline McGuckian in Cloughmills, Co. Antrim. Two of his brothers, Frs Bernard and Michael are also Jesuit priests. His sister Mary Dynan lives in Newry, and his brother John B McGuckian lives in Cloughmills. His other sister, Paula Haughey died in 2013.

Schooling in Cloughmills and in St MacNissi’s College, Garron Tower was followed by a year of First Arts in Queen’s University, Belfast, where he studied Irish and Scholastic Philosophy.

A love for the Irish language brought him to Rann na Feirste for the first time in 1968 and he has been a regular visitor to the Donegal Gaeltacht ever since.

In October 1972 he joined the Jesuit novitiate in Clontarf in Dublin.

He has studied languages and has a BA in Latin and Spanish from UCD and an MA in Irish Translation from QUB. His training for the priesthood involved Philosophy in the Milltown Institute in Dublin and Theology in the Toronto School of Theology (M.Div and STL).

After ordination to the priesthood in 1984 Fr McGuckian worked in secondary education for four years in Clongowes Wood College.

After that came a six month period of spiritual renewal in southern India and an experience of serving in a shanty town in Quezon City in the Philippines.

In the 1990s Fr McGuckian ran the Jesuit Communication Centre in Dublin. During this period he was involved in setting up Sacred Space, the online prayer website, and catholicireland.net. Along with Mr Tony Bolger he set up Church Resources and Church Services TV. At the same time his commitment to the Irish language led him to serve for over ten years as editor of both An Timire and Foilseacháin Ábhair Spioradálta. Somewhat later, when already living in Belfast he translated the Autobiography of St Ignatius Loyola from the Spanish original into Irish under the title Scéal an Oilithrigh (Foilseacháin Ábhair Spioradálta).

In Belfast he served as chaplain to many of the Gaelscoileanna in the Diocese of Down and Connor and was for a few years Chaplain in the University of Ulster at Jordanstown and Belfast.

“As a Jesuit I bring both strengths and weaknesses to this appointment”, he added. “As is typical of most Jesuits I have never served as a curate in a parish, or as a  parish priest.” He has had pastoral experience however, hearing confessions of children and celebrating first communions. And he was involved in organising parish gatherings with people from all across the diocese who came together to speak about their faith.  He has also spent time with other priests in fraternity and spiritual direction. He has also been working closely with the bishops and priests in Down and Connor. He says he learnt a lot from all with whom he worked.  “Now I will be relying on the priests and people of Raphoe to teach me how to be a truly pastoral bishop.” he added.

During the last six years Alan has been working with the Diocese of Down and Conor in the ‘Living Church’ project. This began in 2011 with a Listening Process, aimed at hearing the hopes and fears of the priests, religious and the lay faithful in all 87 parishes. This process led to the publication of a document known as the Living Church Report in 2012. On foot of this report Bishop Treanor of Down and Conor asked Fr McGuckian to set up and lead the Living Church Office whose goal has been to make concrete the hopes and aspirations expressed first of all in the Living Church Report and then in the Diocesan Pastoral Plan which the bishop commissioned.

Alan and his team also worked closely with clergy and laity in the establishment of Pastoral Communities all across the diocese. In the Pastoral Communities parishes will work to co-operate more closely together pooling energies and resources to support each other into the future. A key element of this work has been the rolling out of ‘Facilitative and Discerning Leadership’ training which aims to foster a culture of co-responsibility between clergy and laity for the mission of the church.

As a Jesuit, he believes that one of his strengths lies in sharing St Ignatius’ very practical conviction that the Holy Spirit, who is always at work in the lives of individuals and communities, can be recognised and responded to in real life if we take the time and effort to listen. “In my recent job listening was a huge theme. I guided a listening processes for priests, religious and lay faithful across the diocese and believe that all of us involved saw God at work among us. I am convinced that God doesn’t just give us ideas and inspirations but leads us into actions that make a difference. ”

Bishop Noel Treanor also issued a statement of congratulations to Alan noting that he had the pleasure of personally knowing and working closely alongside him since particularly when Alan took up his various roles as Director of the Living Church Office and as Director of the Permanent Diaconate programme. “I have been deeply impressed by his grounded faith and his pastoral sensitivity,” said the Bishop, adding that his work in pastoral care and Irish language chaplaincy in Belfast over many years “was greatly appreciated by many.”

Referencing Alan’s appointment as Director of the Down and Connor ‘Living Church’ project in 2011 Bishop Treanor said, “As part of this renewal process, he has been given the utmost respect from diocesan clergy and parishioners alike and he will be sadly missed by all for the vision, leadership and guidance he brought to this work. In this important and innovative diocesan project, Father Alan adopted a truly collaborative style of pastoral ministry, a legacy which has become the hallmark of the entire ‘Living Church’ initiative.”

The Bishop also spoke about the “tremendous gifts” Alan would bring to his new appointment as Bishop of Raphoe. “His greatest charism, building upon his Ignatian training and spirituality, is his wonderful ability to engage others in a process of discernment employing his tremendous skills in facilitating mediation.”

He said that in this appointment the clergy and faithful of the Diocese of Raphoe, have been graced with a man and a priest of outstanding experience. And he noted that this was an historic appointment since Alan would be the first Jesuit to be ordained as bishop in and for Ireland.”I look forward to working with Father Alan in the future,” he said. “And I assure him of my heartfelt support and prayers, alongside all from the Diocese of Down and Connor, and I pray that God will bestow upon him a very fruitful ministry in his new appointment.”

For Alan, “It has been a privilege over the years to get to know many Irish bishops especially, in recent years, those in the Northern Province. I very much look forward to working with them and learning from them. It is my sincere hope that Bishop Boyce will close by with good advice and supporting me with his prayers.”

Interview with an Irish Jesuit bishop

The mission and vocation of being a catechist