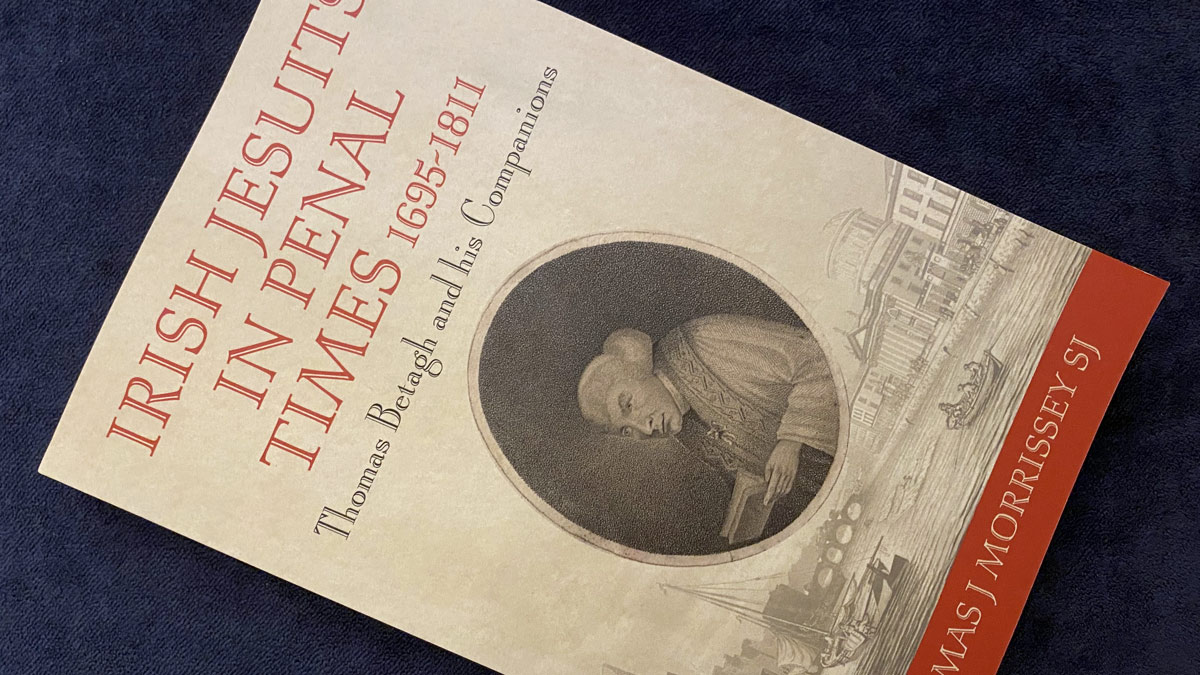 Prolific Jesuit historian Todd Morrissey has recently brought out another book on the history of the Irish Jesuit province, Irish Jesuits in Penal Times, 1695-1811: Thomas Betagh and his Companions. At the heart of the book, as the subtitle indicates, is the story of Thomas Betagh, a towering figure in Irish Jesuit history. Betagh, a native of Co. Meath, attended a school founded by Jesuit John Austin at Saul’s Court in the Temple Bar area of Dublin. From there he was sent to a Jesuit seminary in Lorraine, France. He was ordained there in 1766, two years after King Louis XV suppressed the Society in France. He returned to Ireland the following year.

Between 1759 and 1773 the Jesuits were expelled from one state after another, both in Europe and in the overseas colonies of European powers. The process culminated with Pope Clement yielding to pressure from the enemies of the Jesuits and issuing a total suppression of the order with the bull Dominus ac Redemptor in 1773. Betagh, along with the other eighteen Jesuits in Ireland, became a secular priest, but all of them harboured the hope that at some point the wrong would be righted and the Society of Jesus would be restored. Although he was instrumental in organising the managing of the mission funds of the Jesuits and in preparing students for the Society should the suppression be lifted, he did not himself live to see the restoration in 1814. He died in 1811, after many years of serving the poor parishioners of SS Michael and John, a Dublin parish, and in his last years as Vicar General of the Diocese. He had a reputation for sanctity and apostolic zeal.

Fr Morrissey’s book ends with Betagh’s death and his hugely impressive funeral – some 20,000 people, it was reported, turned out to pay their respects. What gives added value, however, to the core story of Fr Betagh is the lengthy back story about the Jesuits in Ireland in the century before the suppression and how it interconnected with the larger Jesuit experience in Europe.

Irish Jesuits in Penal Times can be purchased from Messenger Publications »

Warning: Invalid argument supplied for foreach() in /home/customer/www/jesuit.ie/public_html/wp-content/themes/IJC/widgets/related.php on line 45