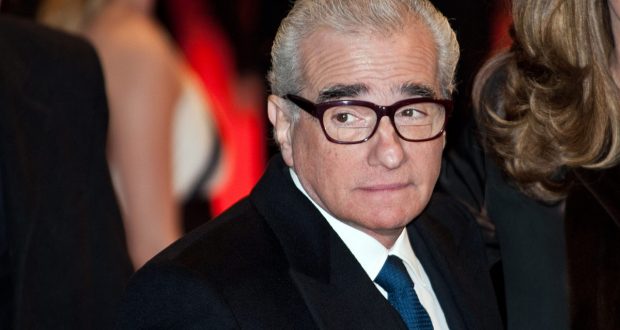 A major interview with Martin Scorsese by Italian Jesuit Antonio Spadaro has just been published in La Civiltà Cattolica and you can read it here. It comes on foot of the world premier of Scorsese’s latest movie, ‘Silence’. It was screened in a room full of 300 Jesuit priests in Rome. The movie, based on the 1966 novel by Shusaku Endo, follows the tribulations of 17th century Portuguese Jesuit missionaries as they go to Japan looking for their fallen mentor, played by well- known Irish actor Liam Neeson. Spadaro met with Scorsese at his home in New York and also in Rome. It is an deep, revealing and thought-provoking interview –  the fruit of eight months collaboration between two ‘paesani’, fellow countrymen. “He already knows I am from Messina”, says Spadaro. “He tells me that he is from Polizzi Generosa. Or more accurately, his father was.”

In the interview Scorsese talks about his early life growing up as a young Catholic boy in New York. He talks briefly about his one year in preparatory seminary at 15 where “he failed out”. But the main focus of the interview is the film ‘Silence’.

Scorsese says he was given the novel to read back in 1988 but after reading it he thought it would be presumptions of him to make a film of it. In those early days he didn’t really know personally how to deal with its themes. So it took 18 years with ‘stops and starts’ to make the movie.

He says this long gestation process meant he was living with the story, and living out the film in his own life. It was an impetus for him to start thinking about faith; about life and grace. That’s a word he brings up  many times in this conversation. For Scorsese, being touched by grace means seeing things in a different way, and miracles happen. “I am surrounded by a form of grace”,  he says with a smile, according to Spadaro.

Regarding the making of the film he says a question arose for him around the Jesuit missionary priest Rodriguez. “How does he get past his ego, his pride?” Scorsese believes that this question was a central one. He says Fr Rodrigues and Fr Ferreira are two faces of the one coin.  In the novel it would seem that Fr Ferreira lost his faith.  But Rodrigues, who renounces his faith actually regains it. “To put it simply, Rodrigues hears Jesus. Ferreira doesn’t”.  For Scorsese, ‘Silence’ seems to be a profound discovery of the face of Christ and says, “When I was growing up the face of Christ was always something of a comfort and a joy.”

He says that throughout his life his Catholic background was always an influential factor. He has an has an interesting answer to the question about being a practicing Catholic. “If it means, ‘are you a regular church goer?’ the answer is no. But I came to believe that practicing is not something that happens only in a consecrated building… Practicing is something that happens outside, all the time. Practicing really evrything you do, good or bad,  and reflecting on on it. That’s the struggle.”

Referencing Bernanos’ Diary of a Coutry Priest,  he says he did not relate to it because he seems to portray only the unrelentingly harsh side of life. Rather, Scorsese looks to Bonhoffer, Weisel and Levi as examples of survivors with courage and compassion. In Shusaku Endo’s writing, he says, there is tenderness and compassion always.

Scorsese is all too aware that there is good and evil in the world. Like Travis Bickle in ‘Taxi Driver’, he sees the horror on the the streets and in the world around him. But Scorsese also sees the beauty. He quotes the Latin inscription carved over the door of Carl Jung’s home in Switzerland. In English it reads, “Called or not , God will come – that says it’s all.” 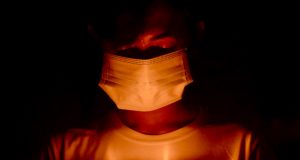