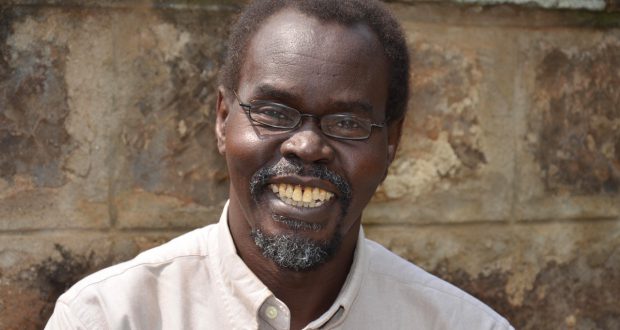 Jesuits and colleagues in Africa and further afield, are mourning the loss of Fr Victor-Luke Odhiambo SJ, who was gunned down in South Sudan, on Thursday 15 November. Fr Odhiambo had spent time studying here in Ireland in the 80s, and was a good friend of John Guiney SJ, Director of Irish Jesuit Missions, and John Dardis SJ, Special Assistant to Fr Arturo Sosa SJ, the Jesuit Father General.

In his condolences to the African Jesuit Community, Fr Sosa SJ described Victor-Luke as “a very courageous man, intelligent, caring, creative administrator and above all a believer in the value of education,” adding that Victor-Luke, “was not afraid of venturing into the unknown even into the most dangerous of places once he was convinced it was the Lord’s mission.”

Fr Odhiambo was a Kenyan Jesuit who had worked in South Sudan for over ten years in the education field and was principal of Mazzolari Teachers’ College.  He died when unknown gunmen stormed the Jesuit community, of which he was superior, in Cueibet.

His Jesuit colleagues in Africa and Madagascar have issued a statement condemning his “brutal murder,” and calling for “justice, reconciliation and completer disarmament” in the country. “Fr. Odhiambo dedicated his life to the service of the people of God through education,” said  Fr Joseph O. Afulo SJ, Provincial of Eastern Africa Province of the Society of Jesus, and Fr Agbonkhianmeghe E. Orobator SJ, President of the Jesuit Conference of Africa and Madagascar, adding, “He developed close mentoring and supportive relationship with his students who trusted and respected him. He was a servant of Christ’s mission, giving life and hope to the hopeless, the disadvantaged and the vulnerable.” (Read full statement of Fr Orobator here »)

In their statement the two Jesuits said that South Sudan has known conflicts for many years and remains the most fragile state in the world. Jesuits and their partners in mission have worked in all over the country and several of them have been attacked multiple times, forced to abandon a school in Wau at the peak of the war, ambushed by armed gangs, kidnapped, and witnessed violent attacks on innocent South Sudanese. ” In July, the Jesuit Refugee Service centre in Maban, South Sudan, headed up by Irish Jesuit Tony O’Riordain, was one of a number of agencies caught up in a vicious spate of violence and destruction of property that took place in the country. In all these situations, “Jesuits have been unwavering in their solidarity with the local church and the people of South Sudan,” according to the statement.

According to the United Nations and its agencies, the combination of armed conflict, inter communal violence, disease outbreaks and economic crisis has killed over 50,000 civilians, displaced one in every four South Sudanese, made over 2 million refugees and impeded the country’s progress since independence in 2011. Presently, 7.5 million South Sudanese urgently need humanitarian assistance and protection.

The violence in South Sudan is largely attributed to antagonistic competition for power, inter-clan rivalry enshrined in a revenge culture and, most importantly, proliferation of small arms
and light weapons. Revenge killings or what some people understand as blood compensation has created unending cycle of violence that has produced millions of orphans and widows
who are also looking for an opportunity to revenge.

In their statement, the Jesuits in Africa called upon the Government of South Sudan to take action to protect the lives of all its citizens and all those living and working in South Sudan, irrespective of nationality,ethnicity, religion or political affiliations.

They demanded that the killers of Fr Victor-Luke be found and brought to justice, “This is important to end the culture of impunity that has become common in the country”, the claimed.

They called also for total and immediate disarmament in the country,  and condemned the supply of arms by Western and Asian countries. They appealed to the international community to increase peace-keeping support and development aid.

They also called for a strengthening of the leadership of the local church, “and the prompt and appropriate appointment of substantive leaders so that they can address pressing
matters of faith and justice that affect the local population.” And they appealed to parents, leaders of families, clans, states and the nation in South Sudan to, “come together and unequivocally say ‘no’ to the culture of violence and death.”

Finally, undeterred by the tragic killing of one of their fellow-Jesuits, the Jesuits in Africa and Madagascar, said that, “in fidelity to our mission of reconciliation and justice, we renew our commitment to continue collaboration with the local church and all people of goodwill for the advancement of the reign of God through our ministries and works in South Sudan.” 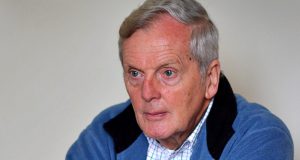 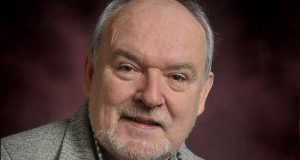