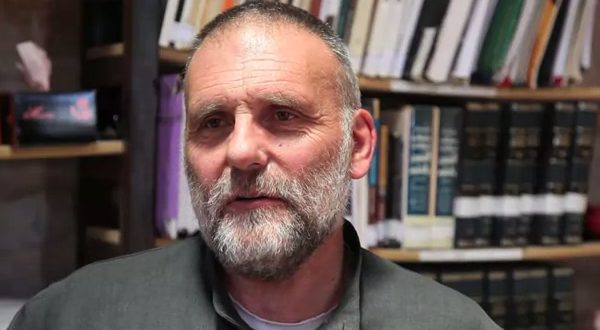 This week has seen dramatic and tragic developments in the life of Fr Paolo Dall’Oglio, a 58-year-old Italian Jesuit. A bear of a man who spoke Italian, English, French and Arabic, and who quoted the Quran as easily as the gospels, Father Paolo came to Syria in 1982, and travelled to the ruined sixth-century monastery of Deir Mar Musa in the Syrian desert, 50 miles north of Damascus, on a spiritual retreat.

Shaken by the civil war in neighboring Lebanon, he decided to create a community of monks and nuns dedicated to prayer, hospitality and dialogue with Islam. He named the community at Deir Mar Musa “al-Khalil,” the title given by God in the Quran to Abraham, the “friend of God” who welcomed the stranger. By 1991 Deir Mar Musa was once again home to a flourishing community. Thousands of Christians, who make up about 10% of Syria’s mosaic population, came for festivals. Groups of Muslims, Syria’s majority, climbed up hundreds of pilgrim steps for the view over a stark desert valley. The monastery became a stop on Syria’s lightly trodden tourist trail. Visitors helped with the cooking and cleaning in return for dinner and a bed for the night.

With a light touch Father Paolo strove to improve relations between Syria’s religious communities, who lived in harmony but ignorance of each other. He brought together Muslims and Christians in seminars, turning the monastery into a symbol of tolerance. He greeted Muslims in the local dialect and invited them to share a meal, exemplifying the monastic tradition that every guest should be welcomed as Jesus himself. Father Paolo fasted during Ramadan and taught that Christians should not simply tolerate Muslims, but love them. Muslims and Christians alike called him Abuna Paolo, a combination of his Arabic and Italian names. The title for a priest, it means “Our father, Paolo.”

Last month Fr Paolo went to a city in northern Syria now held by jihadists, to negotiate an end to clashes with Kurdish rebels. He has not been seen since. The Britain-based Syrian Observatory for Human Rights claims Father Paolo Dall’Oglio has been executed by jihadist rebels in Ragga, where he had been held for over two weeks. Syrian opposition activist Salam Kawakibi reported: “Father Paolo had voluntarily approached ISIS [Islamic State of Iraq and Levante], at their headquarters to negotiate the release of some hostages and broker a truce between Islamist rebels and local Kurds.

He also wanted to negotiate their [ISIS] vision of the state. ISIS fights to create an Islamic state in Syria. The majority of its fighters are not Syrian and their agenda is not that of the Syrian people, They don’t know that in this society Christians and Muslims lived for thousands of years without any conflict; ISIS came from abroad with very extreme visions to build their own society.” Meanwhile we bless the memory of Fr Paolo, a peacemaker and child of God.