Jesus and the pandemic of violence against women 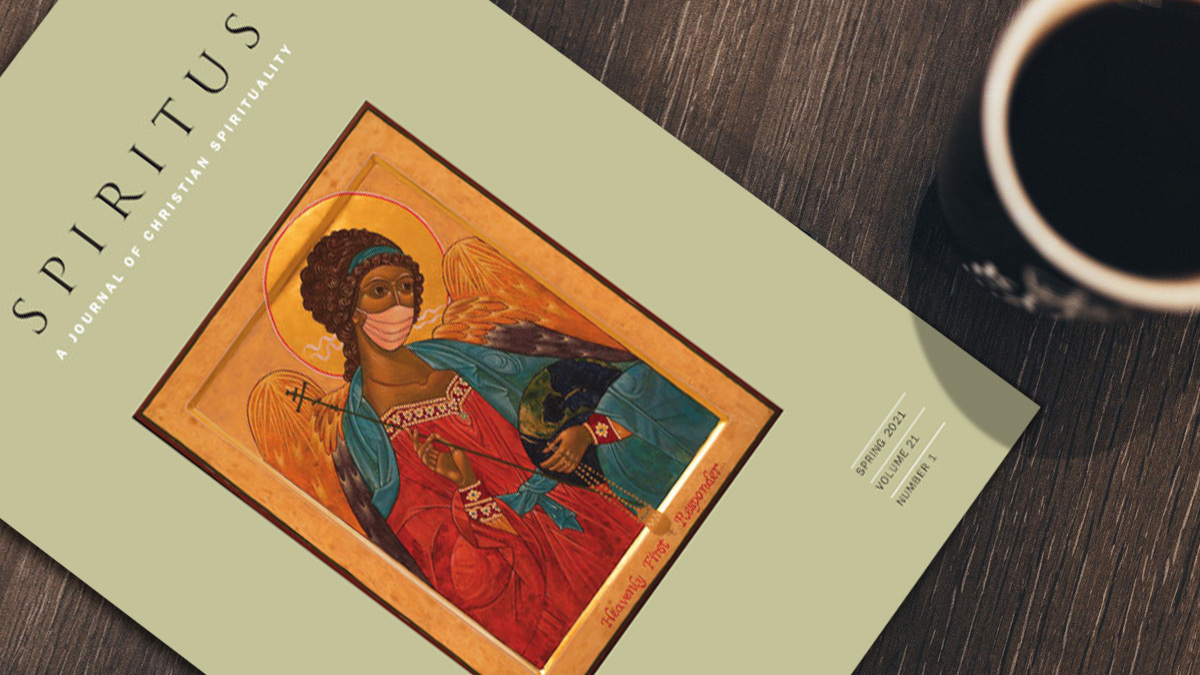 In the spring issue of Spiritus, a leading journal in spirituality studies, Michael O’Sullivan SJ addresses what he calls the “shadow pandemic” of violence against women and girls. It is a shadow pandemic as it thrives in the circumstances generated by the COVID-19 pandemic, so it escalates when lockdown rules become more restrictive. Dr O’Sullivan notes that there was a surge in domestic violence in Ireland directed at women in their 30s and older during the most severe COVID restrictions, perhaps the only crime type that rose during these times.

The article is entitled ‘Jesus’ spirituality of authentic subjectivity and COVID-19’s shadow pandemic’. The understanding that lies behind it is that the maltreatment of women in our time exposes a dangerous set of cultural prejudices against them. The violence they suffer is facilitated by androcentric and patriarchal conceptions of their nature and role, and it is this malaise that needs to be addressed. Dr O’Sullivan turns to Scripture for a corrective model, specifically to Jesus’s own experience of going against the religious worldview of his time, in which women tended to be “subordinated or scapegoated”. He reads Jesus’s attitude to women as an evolution guided by his “desire for authenticity in human subjectivity”.

The ‘authentic subjectivity’ which provides the spirituality framework for Dr O’Sullivan’s article is a term drawn from the theological method of Bernard Lonergan SJ. It refers to the fact that, as Dr O’Sullivan puts it, “truth and goodness do not exist in the out-there-now, waiting to be looked at”, without reference to human subjective experience. When we seek the truth we can only do so from within our subjective selves, and it is by cultivating the desire to be authentic in our subjectivity that objective truth is disclosed. In other words, it is by observing, reflecting, comparing, judging, and making decisions in a responsible and honest manner, guided not by self-interest but by a “standard of value” which prioritises “beauty, intelligibility, truth, goodness, and love in life” that we are brought to see the genuine truth of things. In Jesus, Dr O’Sullivan holds, we see the desire for authentic subjectivity perfectly. It is by living his life this way that “he grew in wisdom” [Lk, 2:52].

How then did Jesus, with his habit of authentic subjectivity, come to view women? Answering this question takes up the greater part of the article. Dr O’Sullivan notes first that Jesus was born into a culture in which the religious worldview was often responsible for the subjugation of women. They were seen to be “created after, from, and for the sake of men”, and they were associated both literally and symbolically with unfaithfulness, sexual sin, and impurity. They were not permitted to read the book of the Law in public, it was shameful for men to speak to them in public, they could not be witnesses in court, and they could not make decisions about marriage or divorce. Given this repressive culture, it is all the more important that those who see Christ as a model of authentic practice pay close attention to how he engaged with women.

What Dr O’Sullivan finds is that early in his public ministry Jesus is “not always clear-sighted about the need to prioritise the suffering of women”. His response to the Syrophoenician woman distressed about her sick daughter begins with him echoing a common cultural trope of the time: “The children should be fed first, because it is not fair to take the children’s food and throw it to the house-dogs”. Her faith-filled response, however, softens him and makes him aware of the universality of his mission. Dr Sullivan concludes: “Unlike many men in his time he was willing and able, because of his spirituality of authenticity, to learn from women and be changed by them”.

Jesus’s later encounters with women show his decisive resistance to the demeaning norms of his day. Through his authentic questioning and reflecting he comes to take a stand against “the hegemonic understanding of the prophetic tradition”. In such cases as that of the woman suffering from haemorrhages, the stooped woman whom he cures on the Sabbath, and the Samaritan woman at the well, he expands “the notion of setting the oppressed free to include women”. This requires him to act in a counter-cultural way, breaking social taboos, challenging “the gendered character of the socio-cultural order”, and transcending the hegemonic view that kept women down. It is note-worthy too that he often employs feminine and maternal images to represent God’s love or the kingdom of heaven or the gift of faith – a pattern that has its highest instance in Jesus giving his body and his blood in the Eucharist. As Dr O’Sullivan says:

The world of meaning and value opened up by the biblical texts of Jesus and the woman with the lost coin, the baker woman, and the mother hen imagery calls for our subjectivity to include a perspective from the side of women’s experience, gifts, and qualities. Such a perspective on knowledge and decisions regarding women is clearly at odds with attitudes and behaviour that belittle women or resort to other forms of violence against them.

In his conclusion Dr O’Sullivan suggests that these reflections on Jesus’s authentic attention to the lives of women and his resistance to the patriarchal culture could offer “spiritual guidance and motivation for overcoming the shadow pandemic of violence against women highlighted by COVID-19”. They could prompt questions that people might ask themselves: What are the cultural and religious factors that damage women’s health and well-being? What puts their lives in danger? In what areas are women discriminated against? How can they be supported to overcome the discrimination?

With questions like these, Dr O’Sullivan is inviting his readers to develop the same authentically subjective spirituality that Jesus showed in his ministry.