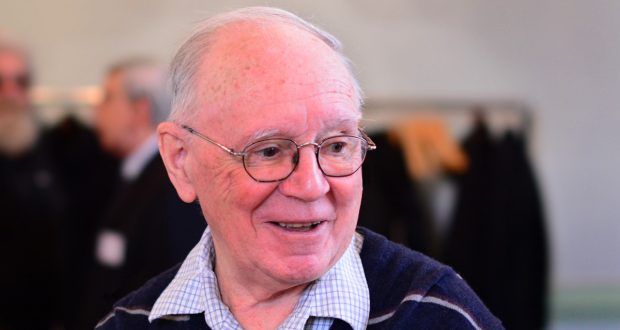 Fr Guiney was born in Dublin on 25 January 1928. He attended Belvedere College SJ and entered the Society of Jesus at St Mary’s, Emo, County Laois, in 1946. His Jesuit training included studying Arts in UCD, philosophy in Tullabeg, regency in Mungret College SJ and theology in Milltown Park before being ordained in 1959.

He discovered his metier early in life. His brilliant head for figures and his shrewd judgement made him a ‘natural’ for financial matters. This led to a thirty-one years posting as Revisor, and later Irish Province Treasurer, followed by a six years stint on the Roman Curia’s Financial team.

In his later years, he served as Minister in Milltown Park and was Financial Director in Cherryfield Lodge. He prayed for the Church and the Society at Cherryfield Lodge before passing away aged 91 years.

Fr Guiney is predeceased by his brothers Tom and Eddie and his sister-in-law Sheila. He is fondly remembered by his nephews Edward and Michael, niece Carina and their partners, Aoife, Carrie and Darren, grandnephew Senan and grandnieces Beth and Ruby, and his Jesuit Community in Milltown Park.

Fr Toner began by thanking God for the life and work of Fr Guiney, to pray for his happy repose, and to offer condolences to his relatives, especially Edward, Michael and Carina, and their families.

Fr Toner referred to John as a “very shrewd investor” but noted that his business acumen did not interfere with his ability to relate to others. “John himself was a man who took great care to preserve good relationships with everyone he came into contact with in the course of a day’s work. This included in the first place his fellow Jesuits, and lay colleagues, but also bank officials, investment managers, estate agents, insurance brokers, solicitors and so on.”

Remarking that when he himself left the Jesuit Centre for Faith and Justice to become Province Treasurer he turned from a socialist to a capitalist overnight he went on to joke, “I never saw it written down anywhere, but I am sometimes told that Jesuits at large are supposed to pray for their Province Treasurers, that is, for their eternal salvation, not for their investing skills”.

He continued in humorous vein recalling that John often said to him that “I never fell out with anybody about money. On hearing this one Jesuit said to me, well, he didn’t fall out with anyone over money because everyone was afraid to ask him for money.”

According to Bill, John is remembered with great fondness by older Jesuits who encountered him when he worked in the finance office in the Head House, or Curia, in Rome. He brought a “joie de vivre” to the community life there through “introducing novel practices such as Friday night films and golf outings, and evening excursions to enjoy gelato”.

In his concluding remarks, Fr Toner said: “John could have done many different things in his Jesuit life. He was extremely well-read and was very good at languages… But I think that John recognized that his work enabled many other Jesuits to work, to keep close to God, to stay healthy, and to grow old gracefully… May he rest in the Lord’s peace.” 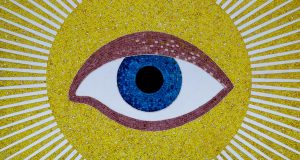 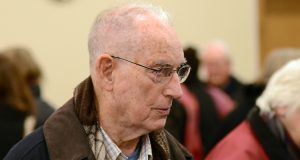 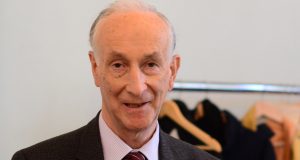