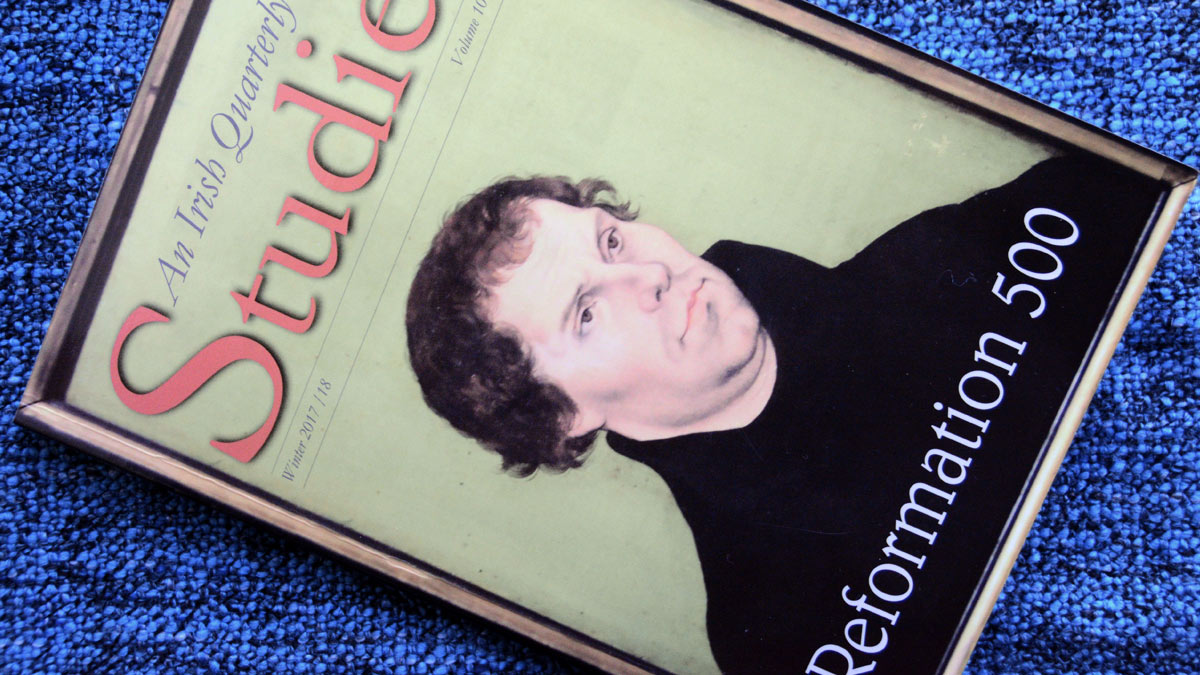 Understood correctly, there is some truth in the idea of the Tudor Reformation as a kind of 16th-century religious Brexit. Two of the contributions to the winter issue of Studies examine this theme, noting both the similarities in the English attitude to Europe and the danger of pressing the analogy too far. “Appeals to shared values and history,” Professor Peter Marshall notes, “and dire warnings of the dangers of disturbing the status quo, are trumped by a potent blend of nationalism and reformist rhetoric, fuelled by visions of an older history of proud independence and imperial greatness.”

So far so similar. Yet Professor Marshall also notes that the Reformation as it expressed itself in England was not all about “withdrawal, separation and isolation”. Rather, it triggered a time of “intensified engagement” in ‘the European question’. Particularly it brought with it “a new and sharper focus on how national identities might conjoin, contrast or co-exist with international ones”.

These papers on the Anglican break with Rome began as contributions to a recent conference to commemorate the quincentenary of the beginning of the Reformation. Specifically the 500th anniversary relates to Luther’s alleged nailing of the 95 theses to the door of Wittenberg Cathedral in 1517. The conference, held in Dublin in October, brought together a rich set of papers by Irish and British academics, and the entire issue of Studies is given over to publishing the proceedings. It is dedicated to Dr Brendan Bradshaw, the renowned Irish Tudor historian and Marist priest, who passed away only days after the issue was published. Happily Dr Bradshaw was able to see the issue with its dedication a few days before he died.

The lead article, by C. Scott Dixon of Queen’s University Belfast, examines the historiography of the Reformation. Entitled ‘Martin Luther and the Reformation in historical thought, 1517-2017’, it provides an incisive ‘reception history’ of the idea of Reformation and of the different narrative types which have conveyed and expressed it. The earliest histories on the Protestant side, Scott Dixon notes, “belong to the genre of sacral or confessional history”. They generated a governing providential narrative, according to which Luther was part of God’s preservative plan for the Church all along. He was “a man literally sent by God”.

Later narratives mark substantial changes in the underlying perception of the Reformation event and in the dominant preoccupations of the times. Divisions among Lutherans and a greater need to legitimate the breach with Rome both conspired to create narratives in which Luther was less central and more stress was put on historical explanations. Of paramount importance was the History of Lutheranism by Veit Ludwig von Seckendorff, especially because it employed a historical framework and utilised large quantities of archival material. It is “a source-driven narrative” which “laid bare the contingency of Reformation history and the full human dimensions of the process”. Dr Scott Dixon further notes how Enlightenment histories of the Reformation devised a role for the Reformation as harbinger of modernity, a blow for rationality and freedom against the superstition and obscurantism of Rome. More contemporary narratives tend to lay the stress on Lutheranism as a demonstration of Christian commitment to social responsibility, a rights culture, and democracy.

A number of other fine contributions to this issue of Studies are concerned mainly with the Irish dimension of the Reformation. Of particular note is Alan Ford’s assessment of the historiographical traditions of Catholics and Protestants in Ireland, and how both sides failed to meet the challenge of creating a history of the period that was not ensconced in polemics and partisanship. Professor Tadhg Ó hAnnracháin’s account of ‘Catholic reform in Ireland in a European context’ represents the anomalous nature of the Irish experience of the Reformation. Ireland had a majority Catholic population, yet a Protestant monarch, and this contrast inevitably led to political tensions resolving into religious conflict.

The Winter 2017 issue of Studies can be purchased here.

A Lutheran take on mercy