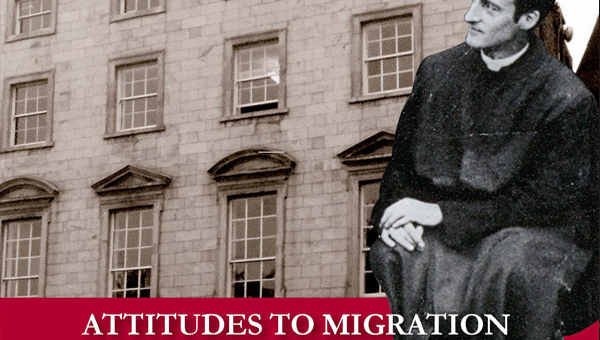 The latest issue of Studies (Autumn 2012) contains a diverse set of articles. Prominent among these is Peter Sutherland’s address to the Eucharistic Congress in June, in which he reflects on the sense of isolation often felt by migrants. The answer, he says, is koinonia, community. In his editorial, Bruce Bradley SJ relates Sutherland’s insights to Gerard Manley Hopkins’ feeling of exile in Ireland. Read the full text of Dr Sutherland’s address on the Studies website.

Also in this issue, Desmond Egan celebrates Gerard Manley Hopkins’s more hopeful side, which, he argues, has often been obscured by accounts which take the bleak vision of the Dublin sonnets, in particular, too much at face value.

Other articles include Vincent McBrierty writing about his fellow physicist, the Nobel laureate, Ernest Walton; Patricia Herron Ó Siodhacháin on the transition from oral to written sources for ancient Irish law; Michael Sutton wondering about the implications of the now-famous address to Dáil Eireann by Taoiseach Enda Kenny on the report of the Commission of Investigation into the Diocese of Cloyne; and Dr. Marie Keenan taking robust issue with the reviewer of her recently-produced study of clerical sexual abuse.