Living with a future Pope 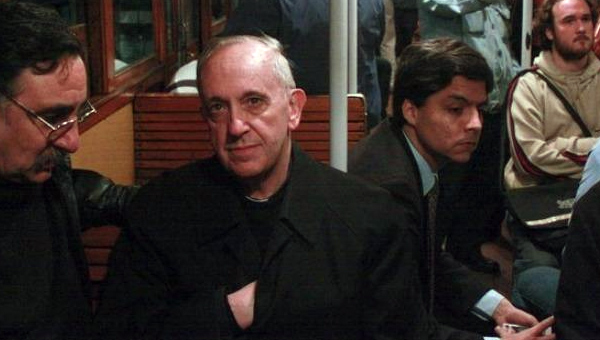 James Kelly SJ is an Irish Jesuit and member of the Milltown Community and he knew the new Pope personally. “His ability to lead is unparalleled in my experience. I have never met a man with such leadership skills”. Fr Kelly lived in Argentina with Jorge Mario Borgoglio over a four-year period in the early eighties. You can listen here to the interview he gave to Pat Coyle of the JCC when news of the election of Pope Francis broke.

That night he also gave the JCC the following statement, which was requested by media at home and abroad.

“I was teaching scripture in Buenos Aires for a number of years in70’s and he was Rector of the house I lived in. He was personally very good to me, helpful and encouraging of my work and my abilities.”, said Fr James.

“Of himself I found him to be a very spiritual man, humble but with strong convictions. He had charisma and was a marvellous leader. In fact I would say his leadership qualities were quite remarkable.”

He was also dynamic, and a man to get things done according to Fr Kelly. “He built a library when I was there and he also was responsible for attracting a large number of young men to join the Jesuits at a time when numbers had fallen.”

Referring to the simple lifestyle that he lived as Archbishop of Buenos Aires (he had left the Archbishop’s palace to live in a flat and he travelled by bus)  Fr James said that the house they lived in in Buenos Aires at that time was also quite poor.

Fr James said he was taken completely by surprise when the Cardinal’s name was announced and he is delighted that he knew him. “I think he will make a very good Pope”.

The spirit of the Council