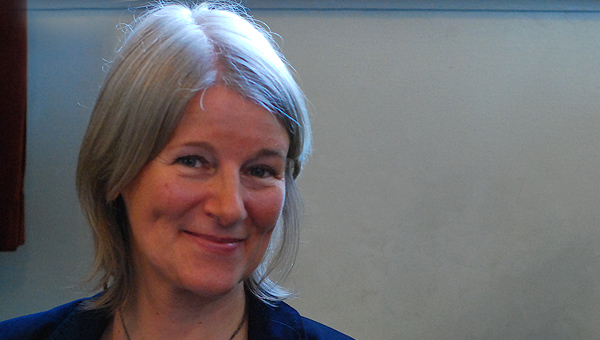 “I hope that he will drive forward the aims of the ecumenical movement – not in ever more ecumenical documents which remain on shelves but in decisions that will bring about concrete steps towards unity between the Catholic Church and other Churches.” So writes theologian and assistant Lutheran Minister Gesa Thiessen in her personal response to the election of Pope Francis.

On the eve of 13 March, when I had just come home, after about 7pm, a text message arrived from a friend: ‘We have a Jesuit pope – Alleluia!’ At once I felt excited and relieved. A Jesuit pope – to my mind that was great news indeed. I switched on the TV and about fifteen minutes later I texted back: ‘He makes a lovely, honest impression. Deo gratias.’

The election of Cardinal Jorge Mario Bergoglio as Pope Francis took the world by surprise and it certainly suprised me. I have to confess I had not followed the papal election with great enthusiasm. In recent years the high hopes and wonderful aims of Vatican II of reforming the Catholic Church have receded and an authoritarian, clericalising trend has made itself felt. Not to mention the many scandals and abuses which have shocked the churches worldwide. Many of my fellow theologians feel disillusioned with the top-down decision-making and with the increasing silencing of theologians and priests in the last few decades.

In this situation, Francis’ election was surprising and in his very first appearance he set the tone. He referred to himself not as pope but as ‘bishop of Rome’. This, I think, was no coincidence as it seems to indicate that he will regard himself as primus inter pares, bishop among other bishops, bishop of  the local church of Rome who also is primus, i.e. pope. There have been surprises every day since his election – his warmth, spontaneity and humility have made a wonderful impression on many of the faithful. At last there seems to be a sense of hope and excitement returning. – A pope who goes to pay his hotel bills, who is unhappy to live in the rich splendour of the Vatican palaces, who washes the feet of female and male prisoners, and who will not parade around in ermine and lace, and, above all, a pope who calls the church to go into the world and to be a church of the poor and thus reminds us of what Jesus called his followers to do: to love God and one’s neighbour as oneself and especially those who suffer hardship and marginalisation. A Jesuit pope with a Franciscan spirit! So far he seems like a breath of fresh air!

It would be unrealistic to think that in a few years time there will be married and female clergy in the Catholic Church, or that the teaching on artificial contraception and on homosexuality will have dramatically changed, or that the churches instead of being split will have become one. So far, Francis has been known to be conservative on sexual matters but strongly committed to a faith that does justice – a charism which reflects his Jesuit background. However, I hope that at least he will begin to reform the curia in the Vatican and allow for more open theological discussions, includimg the discussion on female ordination. I hope that he will start a process of more longterm reforms, and that he will drive forward the aims of the ecumenical movement – not in ever more ecumenical documents which remain on shelves but in decisions that will bring about concrete steps towards unity between the Catholic Church and other Churches.

I hope he will continue to surprise and make us smile. As for the 13 March 2013: I have no doubt that the Holy Spirit was present in Rome and cheerfully breathed through the Vatican halls with Her power and might!  May Francis be blessed in his work for the Catholic Church and for the worldwide church of Jesus Christ.

The questions are what matter