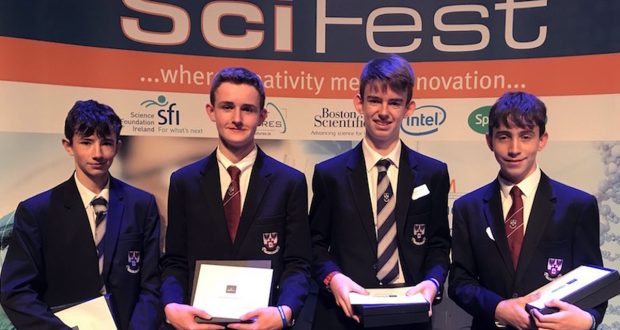 Students from Clongowes Wood College fared well at the Dublin City University Science Festival which took place on Friday 3 May, 2019. They won four out of the ten major prizes on offer. Six Elements students took part in [email protected] which is the next level up to our own [email protected] fair. Under the guidance of Ms Yvonne Nolan the boys took their places among 200 other students from 1st to 5th year and 121 other project entries.

Matthew Kelly (Elements) won the ‘Maths in Science Award’, for his project, ‘Not changing the clocks, is there an energy saving?’

Rian O Kelly (Elements) won the ‘Specsaver Making A Difference Award’, for his project, ‘Linguistic Relativity, Is it possible that our worldview is based on language?’

Jack Shannon (Elements) won the ‘Environmental Award’, for his project, ‘A comparison of air pollution in study and recreational areas in Clongowes Wood College’

Aodhan McGuinness (Elements) won the ‘Abbott Runners Up Best Project Award’, for his project ‘Team Performance and the NFL Draft’

Aodhan will now be afforded the opportunity to compete in the National Competition against all other Best Project Awardees with the chance to represent Ireland in the ‘International Science and Engineering Fair’ in California in May 2020. By all accounts, this is an exceptional result for a first-year student.

All of the student entrants were commended for their communication. Also, Christopher Keenan and Matthew Ruddy – despite not picking up prizes – were excellent.

To find out more about Clongowes Scientists Performance at [email protected] here » . 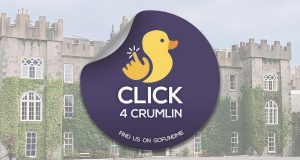