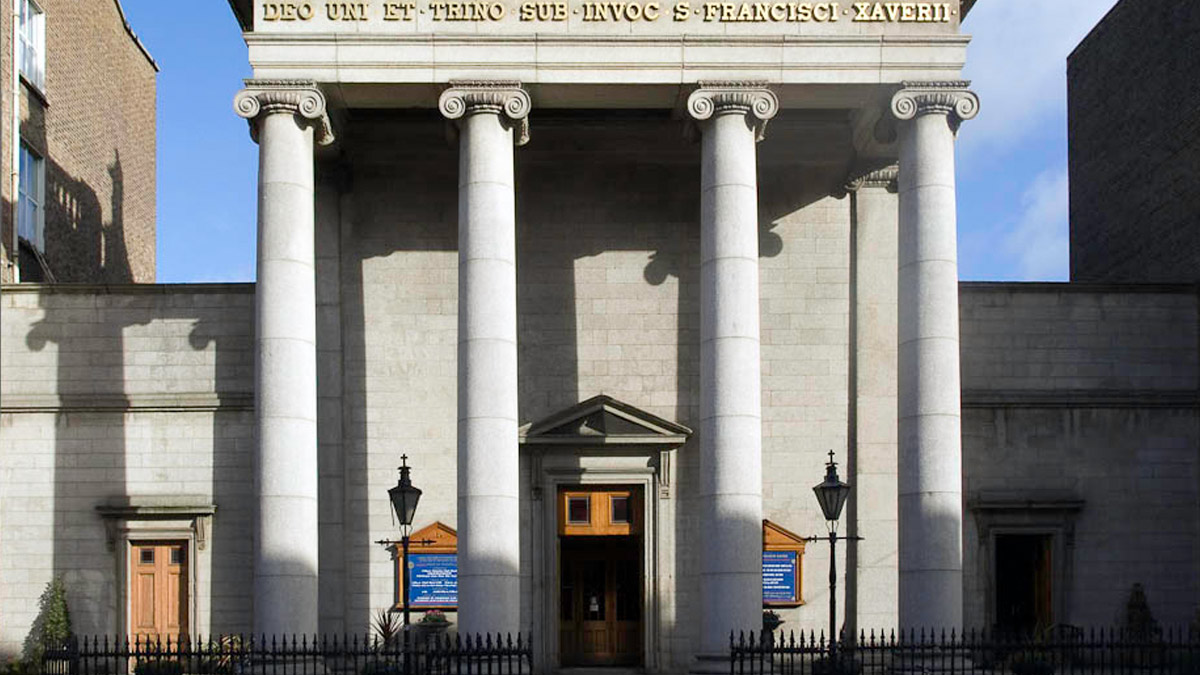 Gerry Clarke SJ, PP of Gardiner Street Church in Dublin, opened the Holy Door leading into the tomb of Venerable Fr. John Sullivan SJ and the well known Jesuit Church on Sunday 20th December at the 11 am Mass. This followed the opening of a similar door at St. Peter’s Basilica in Rome and at doors in dioceses throughout the world, launching the Jubilee Year of Mercy (a Holy Year) on Tuesday 8 December. The beginning of this Holy Yea commemorates both the feast of the Immaculate Conception and the 50th anniversary of the closing of the Second Vatican Council.

Gerry Clarke SJ says the parishioners of St Francis Xavier Church in Gardiner St are committed to this yearlong event and they have been meeting weekly to read the word of God and prepare for the opening of the Holy Door. “They feel particularly encouraged by the prospect of highlighting Venerable Fr. John Sullivan’s life who embodied the gentle Mercy of God.”

Fr John Sullivan, who taught in Clongowes Wood College at County Kildare, was known for his holiness and healing powers when he visited the poor and sick of the area and further afield. Local reports reveal that Father John cycled for miles without a scant of food in his stomach. He once referred to mercy by stating that “God always leaves the door unlatched.” The Venerable Jesuit’s tomb in Gardiner Street gets frequent visitors and his personal cross is at hand for blessing for anyone who needs it. Fr. Gerry says that parishioners look forward to getting the tomb redecorated and adding a floral design outside the Holy Door.

As PP, Gerry Clarke has been working with groups in the parish and exploring the theme of mercy which is so close to the heart of Pope Francis. He says that one of the  Pope’s formative experiences of mercy was while at confession as a seventeen year old. He encountered the mercy of God through a priest and compared this experience to Matthew’s encounter with Jesus. “Jesus looked upon him and loved him,” and said “follow me” (Mk 10:21). Through the mercy shown to this future Pope, a new depth of relationship with Jesus opened up. Pope Francis has also written that “Mercy is the very foundation of the Church’s life. The Church’s credibility is seen in how she shows merciful and compassionate love”.  The Dublin Ignatian Group that Gerry Clarke works with offers a definition of mercy as a response of pure love to another person who is in a bad way.

Regarding future plans for the forthcoming Holy Year, Fr. Gerry says: ‘Mercy is as Mercy does.’ He points to the work of Jesuit Refugee Service (JRS) Ireland located directly across the road from the Church and within the Gardiner St parish. They will join JRS worldwide to launch the Mercy in Motion campaign to provide educational services to an extra 100,000 more refugees by the year 2020.

This will also start on December 8th as a concrete sign of commitment to the work of mercy. Fr Gerry quotes the JRS International Director Fr Smolich SJ, “We must show mercy to those who are at the mercy of outside forces. We must mobilise ourselves for those who are in motion.”

The Holy Year will conclude on November 20th, 2016 on the feast of Christ the King.

What is a Vocation

The quality of mercy

Be merciful, just as your father is merciful

The Russian face of mercy