Well-known ecumenist and co-founder of the Irish School of Ecumenics (ISE), Michael Hurley SJ, died this morning, Friday 15 April, at 7am in St Vincent’s Hospital, Dublin. He was 87 years old.

He was Director of the ISE from 1970 until 1980. In 1981, whilst on retreat in India, he had the vision of an ecumenical community of Catholics and Protestants living together somewhere in Northern Ireland. He made that vision a reality in 1983 when he co-founded the Columbanus Community of Reconciliation on the Antrim Rd, North Belfast, in 1983. He lived and worked there for ten years.

He has written extensively on the subject of ecumenism and his publications include Towards Christian Unity (CTS1961), Church and Eucharist (Ed., Gill 1966),  Reconciliation in Religion and Society (Ed., Institute of Irish Studies, Belfast 1994), Healing and Hope: Memories of an Irish Ecumenist ( Columba, 2003) and Christian Unity: An Ecumenical Second Spring? (Veritas) – the fruit of some forty years of ecumenical experience in both theory and practice. The book carries prefaces from the leaders of the four main Churches in Ireland who pay generous tribute to the author’s work- work which was once seen as quite controversial.

Michael Hurley was born in Ardmore, Co.Waterford and joined the Jesuits on 10 September, 1940. He was educated in University College Dublin and Eegenhoven-Louvain, before completing his doctorate in theology in the Gregorian  University in Rome. He received an honorary doctorate (LLD) from Queen’s University Belfast in 1993, and from Trinity College Dublin in 1995.

He lived with the Jesuit community in Milltown Park from 1993 until the present. He was Province Co-ordinator for Ecumenism from 1995-2004 and writer and Director of the Spiritual Exercises of  St Ignatius from 2004 to 2011. 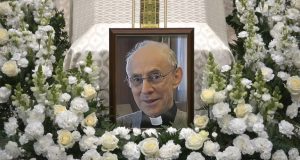 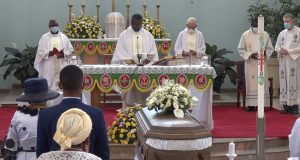