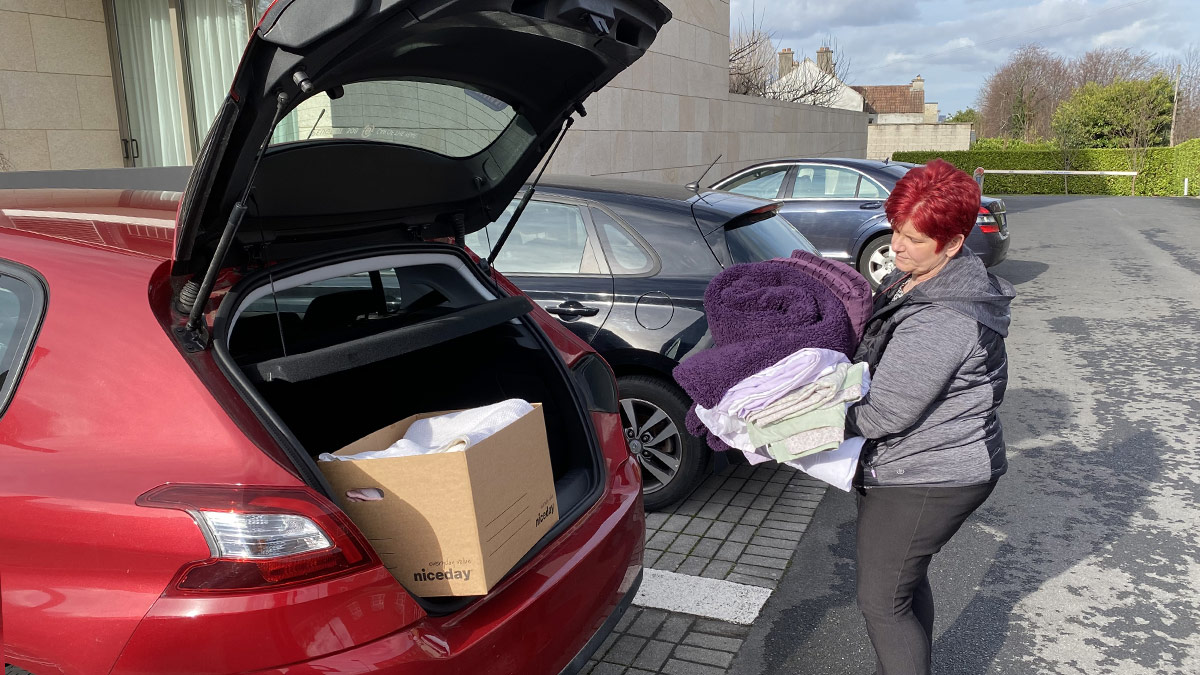 Tina Loughney and Barbara Dempsey, staff members of Milltown Park Jesuit Community, have been collecting goods to send to Ukrainian refugees. Both women said they wanted to make an effort to show support for those suffering so terribly as a result of the war in Ukraine. They said the situation was clearly worsening daily and they wanted to help out in whatever way they could.

So Barbara and Tina gathered food, blankets, sheets, and other essential supplies and on Friday 4 March they took them to a drop-off location in Shanganagh Road, Shankill.

“The transportation company, ZABEX Polska, then picked up the supplies from Shankill,” according to Barbera, adding that the company will deliver them directly to Poland for Ukrainian refugees in need.

According to Tina, the Jesuit community and staff in Milltown have also reached out to Fr. Vitaliy Osmolovsky SJ, a Ukrainian Jesuit who is co-ordinating ‘Help for Ukraine’, an operation specifically set up by the Jesuits of Poland to help people in need in Ukraine, as well as give aid to Ukrainian refugees who have been forced to flee, across the border, to Poland.

Building for the future in Ukraine

Food and medical supplies for Ukrainians

‘Up Close and After’

‘Come away and rest for a while’