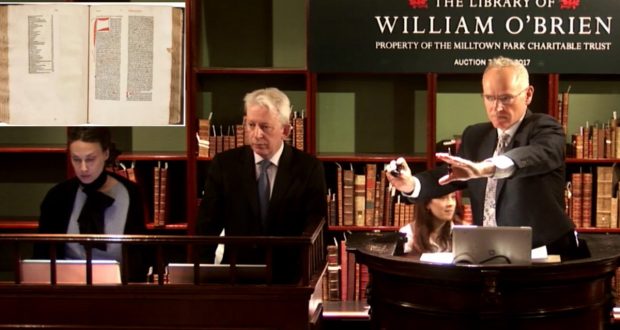 The sale of the William O’Brien Library, which was part of the Milltown Charitable Trust, took place on Wednesday 8 June in Sotheby’s in London. It realised a total of £2.2 million, well above the pre-sale estimate of £1.5 million. Proceeds from the sale will be put towards the main purposes of the Trust, including the upkeep of churches, buildings and the Milltown Library, the care of invalid priests, social justice projects, and religious education.

The collection was amassed by the Irish judge William O’Brien (1832-1899) over a century ago, and in 1899 it was bequeathed to the Jesuit community at Milltown Park in Dublin. Before confirming the sale, the Jesuits invited the National Library of Ireland to review the collection and identify any important books or manuscripts that they would like on long-term loan. This was done, and a number of items from the collection were donated to the Library in late November last year. Other items of specifically Irish interest are currently being sold in Ireland through De Burca Rare Books, Blackrock, Co Dublin.

The decision by the Irish Jesuits to auction the collection came on foot of concerns regarding the preservation of these books and manuscripts, many of which were of such an age that they required specialist care and conservation. And although the collection had been referenced online it was never properly consulted by scholars whilst at Milltown Library, and was not of relevance to the student body. The dispersal of the O’Brien collection now allows for the books to be properly cared for and appreciated.

The historic collection included some of the earliest books ever printed as well as important works of English literature, medieval manuscripts, and landmark works of science and travel. Almost 75% of lots sold for prices higher than their pre-sale estimate.

At the heart of the sale were around 100 incunables (books printed in Europe before 1501), copies of which have not appeared on the open market since the late 19th century, when William O’Brien himself was collecting. The most valuable of these in the collection was the first appearance in print of Thomas Aquinas’ Summa Theologiae (1463) one of the most influential works of western literature. This book is from the first printshop set up outside Mainz, where  Johannes Gutenberg had pioneered the printing press.

The second most valuable work in the auction was another incunable, Augustine’s De Civitate Dei, printed in Venice’s first printshop in 1470. This copy had been acquired by O’Brien at Sotheby’s in 1886 for £11 – 10s. In the recent auction it went for £125,000. A 15th-century volume of the works of the so-called Pseudo Dionysius the Areopagite was the most valuable medieval manuscript in the sale. It is one of only five copies known with the glosses of Thomas Gallus, still in the original binding of Rebdorf Abbey in Bavaria, and signed by the scribe, who was a monk there.

Elsewhere in the sale, the second, third and fourth folios of William Shakespeare’s Comedies, Histories and Tragedies sold for £75,000, £68,750 and £72,500 respectively. Folio editions of the King James Bible were also auctioned on a busy day during which book-lovers placed bids by phone, internet and in person. 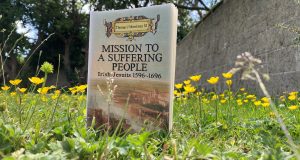 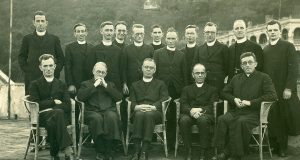 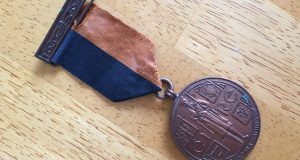