The Reverend Helen Freeburn is a Presbyterian minister working at the United Methodist and Presbyterian Church near Eyre Square in Galway. The two Churches came together there in 1980. In this interview with Pat Coyle of Irish Jesuit Communications, she talks about her ministry, her multi-cultural congregation and the role of mercy in the life of a Christian.

Helen was ordained and installed as minister of her Church in 2013, and during her 10 years of marriage, her husband has been very supportive catering for the congregation and serving in the music ministry.

She explains that there had been some differences between Presbyterians and Methodists around governance and shared worship but their Christ centred focus has brought them together into a fruitful community.  Love and respect for one another was in evidence from the start, she says, even regarding the sharing of pews!  Service on Sunday takes place from 11:30am to 1pm consisting of praise, prayer, and preaching of the Word; and the Eucharist is celebrated once a month. A wide variety of people attend including locals and those from further afield. Her congregation is also made up of refugees and many people from Africa who have settled in Galway. All are given a warm welcome.

Addressing a question on the theme of mercy regarding the recent Jubilee Year of Mercy, the Rev Freeburn says  she says it is at the heart of the Christian life and speaks eloquently about the image of the father embracing his son in one of the most loved parables in the Gospels.

Rev Freeburn highlights the importance of relationships in ecumenism – she has good relations with the Augustinian Church in the city, for example, and she acknowledges Catholic priest Fr Diarmuid Hogan who welcomed her when she first arrived in Galway. “It’s just important to get to know one another before we have any judgements,” she says, “and to be open to each others traditions which enriches our own as well.” The Reverend expects to be at the United Methodist and Presbyterian Church for  at least 7 to 10 years as part of an alternating ministers scheme, and she looks forward to what God has in store for her. 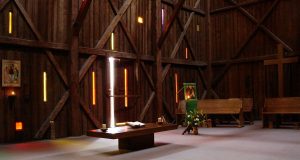 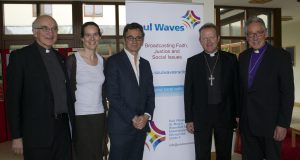