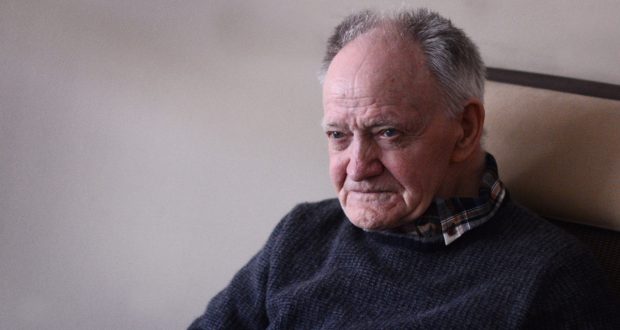 The life and death of Brother Brendan Hyland SJ was marked with moving tributes from his family and fellow Jesuits at his funeral mass in Milltown Park Chapel on Monday 3 October. Brendan died peacefully at the age of 89, in Cherryfield Lodge. He’d been living with the Jesuit community there for the last four years of his life when severe arthritis curtailed his physical health and affected his mobility, particularly in the last six months of his life.

Brian Grogan SJ, who preached the homily at the funeral mass was a novice with Brendan in 1955. “He was 28 and I was 16 but we had shared backgrounds notably our Christian Brother education and hurling.” Brendan was a keen gardener and fine hurler, and Brian developed a life-long friendship with the man he said was, ‘Like Cassius Clay… He could fly like a butterfly and sting like a bee!”

He had many roles in his Jesuit life, said Brian. He was a minister, treasurer, gardener, sacristan, maintenance man, who eventually ended up invalided. And in all these roles he was always welcoming and gentle.  Brian said it was appropriate that he died on the feast day of Thérèse of Lisieux who practiced her ‘little way’, serving God with great love by doing the small things in life really well. “That was Brendan. He was one of God’s little ones, with a great charge given, an Ignatian command – in all things to love and serve.  And Brendan did just that.”

Bill Callanan SJ confirmed this in the tribute poem he read at the Mass. It was from the pen of Gerard Manly Hopkins and about another Jesuit brother St Alphonsus Rodriguez, who was a doorkeeper for forty-five years. The theme centered around doing ordinary things with love: “Those years and years by of world without event/ That in Majorca Alfonso watched the door.”(Read full poem below)

Brendan’s family chose hymns concerning gardening and growth and, referring to the famous gospel of the beatitudes that they also chose for the Mass, Brian said: “They chose this gospel outlining the eight forms of happiness because they knew this is what made Brendan tick. When you live as this gospel requests, then you enter a different world, the world of God. If you live like this, then happiness is yours and you radiate blessings to a needy world. Brendan radiated that happiness in his smile.”

And his was a special smile, according to Brian, who quoted the French mystic who once said to God, ‘You gazed on me and You smiled’. And that smile, that gaze of God, conveys infinite love. “Brendan knew that smile for he knew the truth of Pope Francis’ words, ‘When all is said and done we are infinitely loved.’ And Brendan smiled back. Even in his suffering. And he suffered greatly with depression, feeling of uselessness, arthritis but he bore it all patiently… and even with a smile.”

Speculating on Brendan’s new journey, Brian said he has now becoming radiant, like a morning star, “becoming like God because he sees God as God is. Freed from the constraints of space and time, Brendan’s full life, for which this one was only a rehearsal, begins. Now he’s playing in the galaxies in the company of the ever-creative God. And one day we shall join him there.”

In the meantime we have our own lives to live here. With that thought in mind, Brian speculated on what advice Brother Brendan Hyland might have for those present. “He’d say Fr Arrupe was right when he wrote, ‘Nothing is more practical than finding God’. May Brendan help us find God more and more. Amen.”

Honour is flashed off exploit, so we say;
And those strokes once that gashed flesh or galled shield
Should tongue that time now, trumpet now that field,
And, on the fighter, forge his glorious day.
On Christ they do and on the martyr may;
But be the war within, the brand we wield
Unseen, the heroic breast not outward-steeled,
Earth hears no hurtle then from fiercest fray.

Yet God (that hews mountain and continent,
Earth, all, out; who, with trickling increment,
Veins violets and tall trees makes more and more)
Could crowd career with conquest while there went
Those years and years by of world without event
That in Majorca Alfonso watched the door. 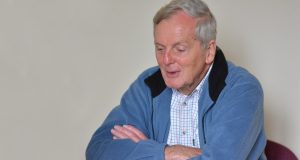 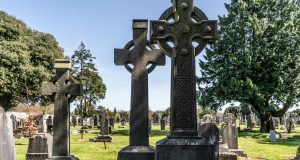 Death as the path home 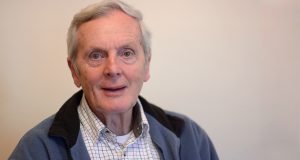 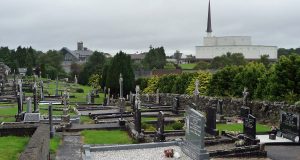