“I’m shattered”, says Pat Riordan SJ. “And the Brexit referendum result means real shattering, not just of the European Union but of the United Kingdom”. The Irish Jesuit who has lived in Britain for many years and lectures in political science in Heythrop College in London was speaking to Pat Coyle of Irish Jesuit Communications in the hours after the historic decision by the British public to leave the European Union.

He says he’s so disappointed because he is committed to the values of the EU, particularly as articulated by its founding fathers in the wake of WWII and their bid to make sure such a war would never happen again.

He says the values of co-operation, working together for the good of all are ideals and of course things can go wrong and it’s not easy working together. But its vital for the functioning of proper democracy.

He says the shattering has begun because Northern Ireland and Scotland had voted to remain with the EU and now it looks very likely that Scotland will want another independence referendum and could leave the UK and in Ireland, already today, there have been calls for a referendum on a united Ireland.

When asked if the EU has questions to answer in terms of its own move away from the values inherent in its foundation he says that the west has failed to invest in the articulation of the fundamental values at the heart of the EU, values of co-operation and commitment to working together in a world that is increasingly interdependent, “working to resolve inevitable differences without resorting to violence or exploitation of the weak and vulnerable by the powerful.” He says we have failed to keep such values to the fore in public discourse, strengthening them and rooting them in the hearts of people so that they remain committed to the founding vision of the European project.

Pat Riordan is also critical of Britain as a country that never really participated as a full partner in the EU. It chose not to share its considerable experience and wisdom with regard, for example, to managing a currency. The British managed sterling so well for many years and it could have helped with advice and strategy in regard to the Euro but did not. Had it done so we may well not have had some of the dire consequences in economic terms that were visited on countries like Greece and some of the southern states, he believes.

He says that the EU is most likely weakened as a result of this referendum with other countries now perhaps thinking of leaving. Drawing parallels with the rise of Donald Trump in the US he says that it’s not a good thing for countries to try and strengthen themselves through an isolationist policy.

This is a wide ranging interview where he gives his analysis of why the British people voted they way they did and speaks about the demonising of migrants in a country that actually benefits greatly from their presence. He critises the completely narrow focus of the debate around the referendum, “It was all about what is best for Britain and ‘best’ meant ‘best’ in economic terms.” And he says the whole state of affairs underlies the need for politicians, social commentators, publications and people in educational circles, to remind people of the importance of the values they have shared to date that have served them well. “If we don’t use it we lose it.”

He concludes with an interesting observation regarding what he calls “the revolution in British political culture,”from the sovereignty of parliament to the sovereignty of the people.” The people have got a taste of direct participation through this referendum process, he says, and he doesn’t imagine they’ll want to give that up too readily. 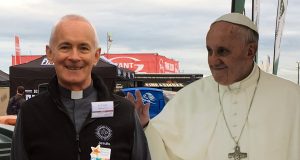 A Jesuit’s take on Brexit 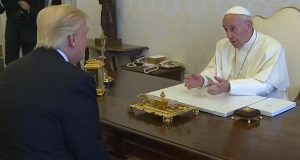 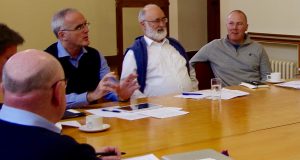 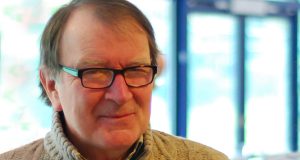