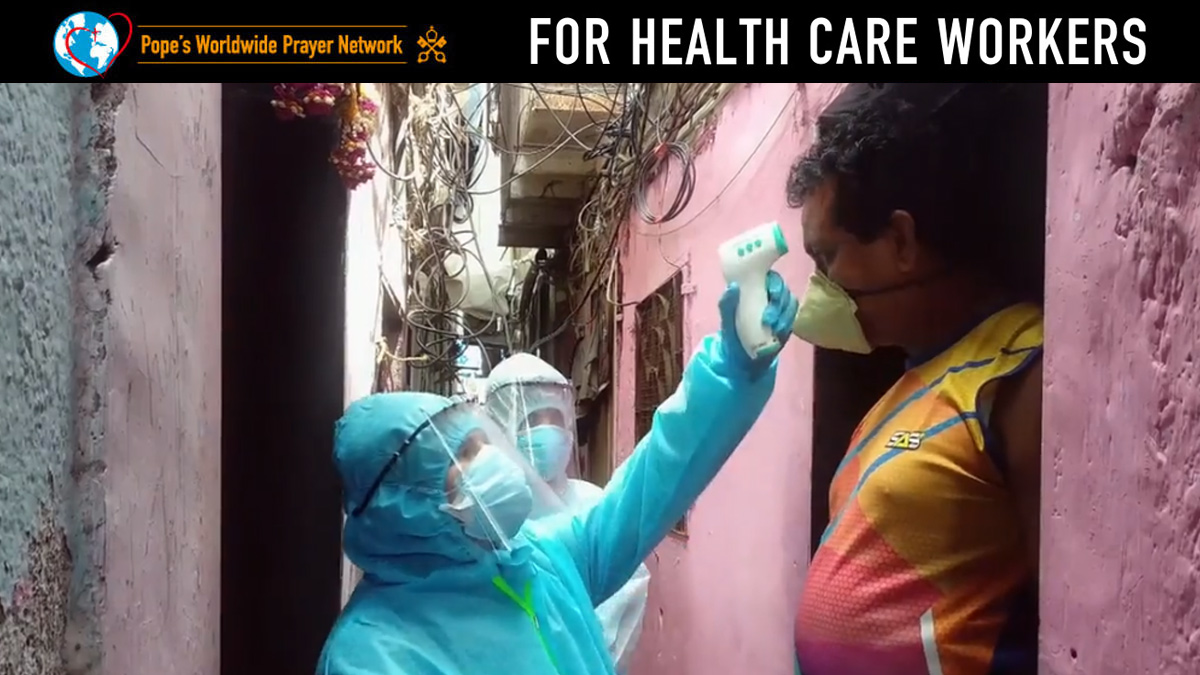 In the Pope Video for April, Pope Francis appeals for prayers for health care workers, especially in poorer countries, who serve the sick and the elderly. “May they be adequately supported by governments and local communities,” the Pope prays.

Pope Francis points out that the pandemic has shown us “the self-giving and generosity of health care workers, volunteers, support staff, priests, and men and women religious”. Nevertheless, this situation of global health emergency has highlighted the weaknesses of health care systems, especially in the poorest countries. “Often, this is due to bad resource management and a lack of serious political commitment,” the Holy Father says. Thus, although “healthcare is not just an organization”, governments must make this a priority.

You can view the Pope’s prayer on the Pope’s Worldwide Prayer Network YouTube channel » or watch it below.

Prayers for the school year

Hope for the future requires memory of the past

The Manresa method: Praying with your desire