‘Be a prophet and wake people up’ 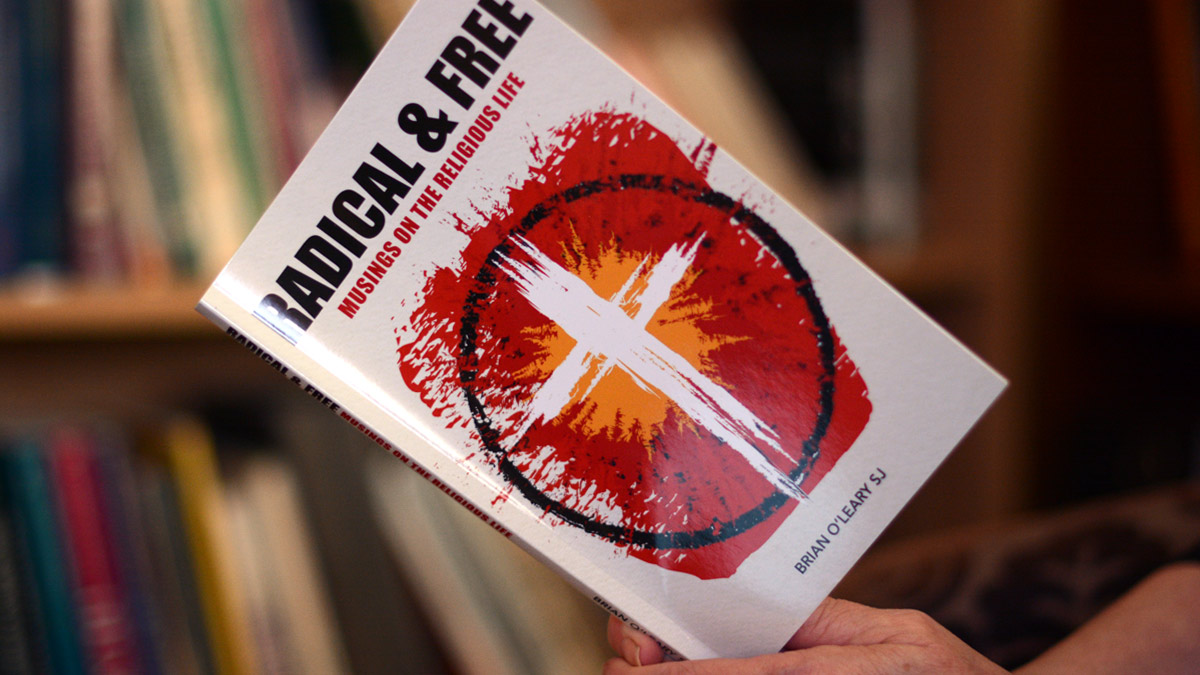 Radical and Free: Musings on Religious Life by Brian O’Leary SJ is a book that looks at the values underpinning religious vows. In this interview with Pat Coyle of Irish Jesuit Communications he says that his musings have resulted in food for thought not just for religious but for lay people also.

Following on from the call of Pope Francis to celebrate the Year of Consecrated Life in 2015, Brian was invited to give a number of retreats. This book draws on the talks he gave at that time as well as a wealth of experience in this area garnered from thirty years of lecturing which began in Milltown Institute.

He says that in those early days only religious were coming to his lectures. But gradually lay people started to attend and he was heartened and grateful to see that they were able to take the work he presented and apply and adapt it to their own lives. He believes this was because he was exploring the values underpinning religious life and, in particular, underlying the vows of poverty, chastity and obedience.

Those values are explored in this book. As Brian reflects on them in a twenty first century context, it becomes apparent that they are relevant for all who choose to be Christian. He quotes Pope Francis who says that, “Radical evangelical living is not just for religious but is demanded of everyone.”

In this interview he says that to be radical is to quite simply to take the gospel seriously and live fully the example set by Jesus with no watering down of His demands. Freedom is the side effect, the inevitable outcome of living life in such a radical and uncompromising way.

Turning to the vows of poverty, chastity and obedience, he says that obedience is the most problematic vow in our modern era. This is not least because of the fascist regimes that distorted its meaning, demanding faithful obedience from their people but with catastrophic results. And in religious life the ‘blind obedience’ requirement of the past was far from helpful.

He instead, explores obedience in terms of belonging and community. “Belonging is important”, he says. “And taking on board my responsibilities to whatever group I belong to be it family, parish or religious community, is an act of obedience.”

He says the vow of poverty incorporates values such as hospitality, care of the poor, and more recently care of the earth. He notes also that the practice of living more simply has swept across Christian communities, lay and religious.

Regarding chastity, he says it is not so much problematic as difficult. And it’s human nature itself that makes it difficult rather than changing circumstances. Across the world and throughout history people have always struggled to control sexuality which is such a potent force. But he says celibacy should not been seen as something that is imposed on someone who has a vocation to religious life. Rather, if someone has a vocation to religious life then they will experience the call or desire to live as a celibate. This distinction, he notes, is important and not always understood properly.

Finally he takes great hope from the call of Pope Francis to people in religious life today to, ”be prophets and wake people up!”

Radical and Free is published by Messenger Publications and costs €10.99.

Reflections of a news reporter