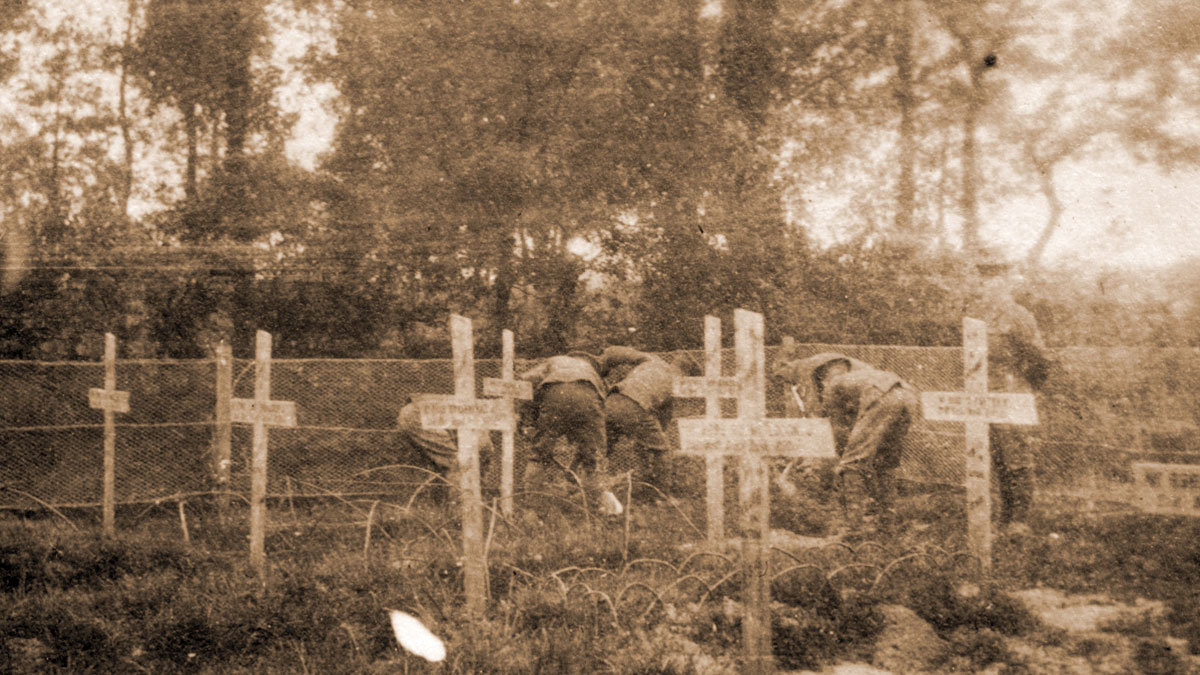 Nine Jesuit chaplains were witnesses, at the 1917 Battle of Messines, to one of the largest ever non-nuclear explosions – nineteen mines right beneath the German position on the ridge. The explosion was so great that shock waves were said to have been felt in London and Dublin.

At a First World War centenary event in the National Museum on 18 June, Damien Burke, of the Irish Jesuit Archives, gave a talk on these Jesuit chaplains in the Flanders campaign. He referred in particular to the letters and diaries of Frs Henry Gill and Willie Doyle, both of whom described the scene of the explosion.

According to Fr Gill: “Suddenly the ground rocked from side to side…I do not think anyone who was present will ever forgot the time. Standing as I was between the guns and trenches the sight was one never to be forgotten. The roar of the guns and the sudden breaking of the storm after the quiet of the night was indescribable.”

Fr Doyle adds this recollection: “Even now I can scarcely think of the scene which followed without trembling with horror…the ground in front of where I stood rose up as if some giant had wakened from his sleep and was bursting his way through the earth’s crust.”

All the chaplains present at the battle of Messines talk of wandering over the battlefield looking for the wounded, giving what help they could and burying men from both sides.

The National Museum is currently exhibiting some of Fr Willie Doyle’s uniform and medals. Another exhibition on the Jesuit, featuring a graphic short by illustrator Alan Dunne entitled, ‘A Perfect Trust’, will take place at Dalkey Library, Dublin from 18 July-18 August 2017. Further details to follow.