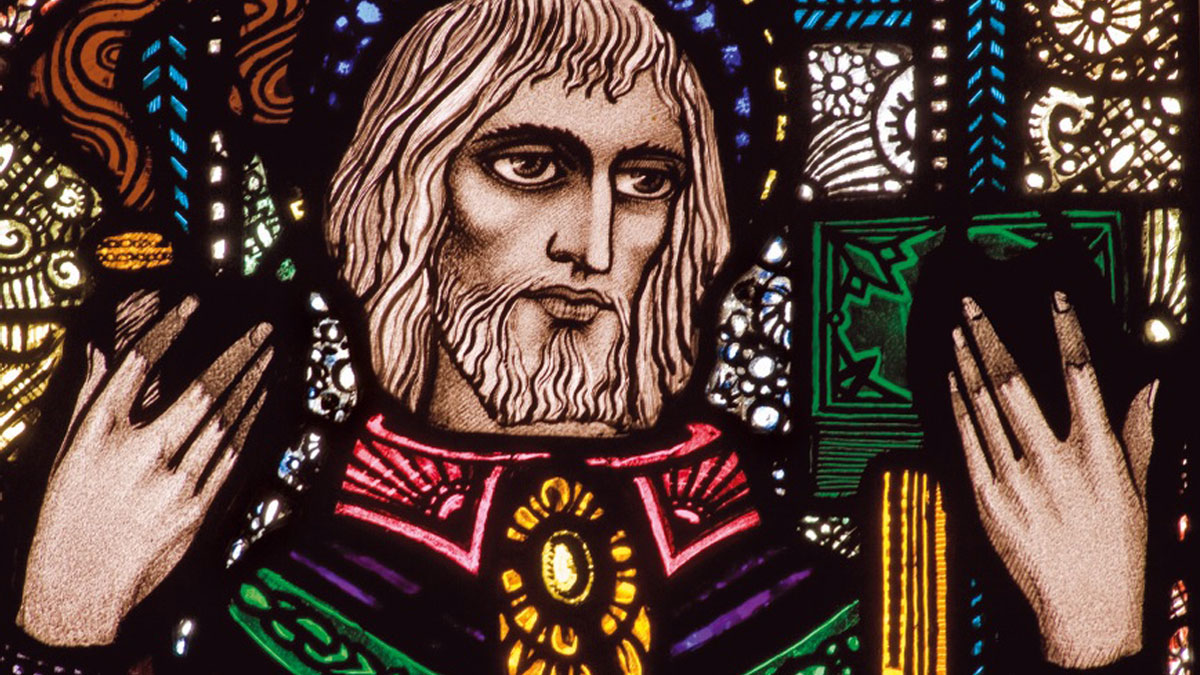 The final lecture in the Loyola Institute TCD St Colmcille online lecture series commemorating 1,500 years since the birth of Saint Columba/ Columcille of Iona (521-597), will be delivered on Tuesday 14 December 2021 at 7.30 pm.  You can register for the lecture by clicking here.

The lecture will focus on the historian Bede’s Historia ecclesiastica,  and Adamnán’s De locis sanctis and it will be given by J Michel Reaux Colvin from the Modern and Classical Languages and Literatures Department in the University of Tennessee at Chattanooga.

Colvin explains that while Bede spends much of his Historia ecclesiastica gentis Anglorum [HEGA] concerned with matters of Britain’s neighbors to the west, the only Irish author he mentions by name is Adamnán of Iona, a kinsman and abbatial successor of St Columba.

Bede’s reception of Adamnán’s work illuminates much about his thinking about Iona’s social network, specifically, and Ireland and its people, generally. United in genre and effect, Bede’s use of Adamnán’s periplus lays bare a complicated ethnic script underpinned by alterity, access, imagination, and iteration, according to Colvin.

He argues that ultimately, Bede’s consumption of Adamnán’s sacral geography reveals his comity with things Irish, an opinion thereafter brokered to continental Europe in his HEGA. This furnished the interpretative script for the waves of ‘scoti peregrini’ that followed in its wake.

St Colmcille, also known as St Columba, was one of the co-patron saints of Ireland. He was born in Co. Donegal in 521 and left Ireland in 563 to establish a monastery on the island of Iona in the Scottish Hebrides. It became one of the most famous monasteries in Ireland and Britain.

To commemorate the 15th centenary of his birth this year the  Loyola Institute research fellow Dr Alexander O’Hara organised a series of evening online lectures the theme of which is Colmcille in Context: Theologians and Historians in Conversation.

The lectures already delivered and listed below, can all be accessed on the Loyola Institute’s YouTube Channel.

‘Colomb Cille Caindlech: The Interaction of History and Memory in Creating the Festival of Columba’ by Professor Thomas O’Loughlin, Professor Emeritus of Historical Theology, University of Nottingham

‘Peregrinatio in the Careers of Columcille and his Monastic Family’ was the lecture given by Jonathan Wooding Honorary Professor of Medieval and Early Modern History at the University of Sydney.

A new dream for the Church

A festival of theology

In the footsteps of St Colmcille

Hope is not optimism

Love, law and the 8th amendment