Australian Jesuit Fr Richard Leonard speaks to Pat Coyle of Irish Jesuit Communications on the sacrament of penance in light of his book Hatch, Match & Dispatch: A Catholic Guide to Sacraments. In this podcast interview, he gives a general outline on how the sacrament evolved, draws from a personal story and popular film and promotes a new language for those he serves.

Fr Leonard says that penance was done once during a person’s lifetime in the early Church. However, he describes a unique pastoral situation at this time which involved a process of reconciliation with regard to Christ and the community. By the seventh century, he speaks of a one-to-one process which was influenced by the ministry of spiritual direction and refers to the sacrament around the Second Vatican Council including a reference to the Our Father.

Speaking with Pat Coyle, Fr Leonard says that the sacrament is “all about Christ and not about ourselves”. He finds it more helpful to talk of a language of “destructive behaviour” rather than “sin” and believes that amazing grace happens when people come to confession. He tries to be a compassionate and welcoming presence for those he serves. 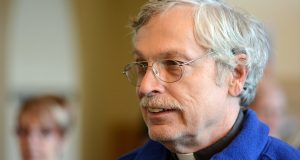 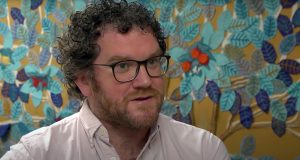