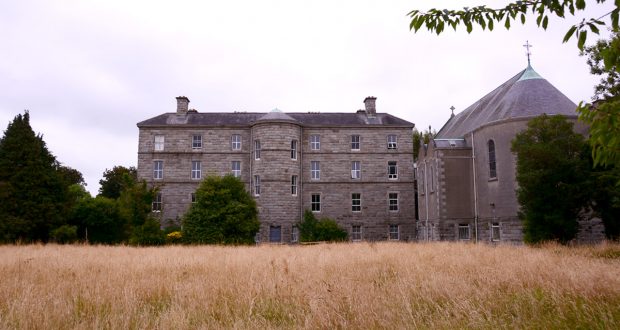 The Irish Jesuits are selling 10.5 acres of their 18-acre site in Milltown Park in Ranelagh. The Irish Jesuit Provincialate, Cherryfield Nursing Home, the Milltown Community building and Gonzaga school and grounds are not affected by the sale. The extensive library in Milltown, which contains a significant collection of Philosophy and Theology books, is being given on medium-term loan to Dublin City University.

According to Bill Callanan SJ, Rector of Milltown Park, the Jesuit are cognisant of the changing face of the Church in Ireland including the steep decline in vocations to the priesthood and religious orders in general. Given the age profile of increasingly elderly Jesuits, the upkeep of the grounds and the older buildings has become an increased financial burden, especially as they no longer serve any useful purpose, he says.

The buildings that form part of the sale include the former Milltown Institute of Philosophy and Theology campus, which was originally purchased by the Jesuits for use as a novitiate. During the 1960’s this became the Milltown Institute, which combined a Pontifical Institute dedicated to the academic formation of male and female religious from several different religious congregations, with opportunities for lay students to obtain NUI degrees in Philosophy, Theology and Spirituality.

Since the closure of the Institute in 2015 the Jesuits and several other congregations have ventured into new territory by setting up the Loyola Institute of Catholic Theology in partnership with Trinity College Dublin.  And in 2016 Michael O’Sullivan SJ, in partnership with Presentation sister Bernadette Flannagan, set up SpIRE – the Spirituality Institute of Ireland – in conjunction with Waterford Institute of Technology.

The land for sale belongs to the Milltown Park Charitable Trust. As legally required, the proceeds of the sale will be used for the charitable purposes laid down by the Trust. Subject to the permission of the Charity Regulator the money raised will be spread across a number of areas.

In Ireland, funds will be assigned for the care of the increasing number of sick or elderly Jesuits. Money will also be made available to assist other Jesuit provinces abroad which are in dire need of funding and to support Irish Jesuit Missions.

In the area of social housing and homelessness, money will be made available to the Peter McVerry Trust. In 2018 the Jesuits donated three of their housing properties to the Trust.

Another area of attention for the Jesuits is in faith education and formation for lay people. According to Bill Callanan SJ, “We want to support and develop the faith formation of lay people, who are the future of the Church, both in the context of the pastoral needs of the Dublin Diocese and in its broadest sense, in Ireland.” The plan for the years ahead is to set up endowment funds for Gardiner St Church, the Manresa Jesuit Centre for Spirituality in Clontarf and the Dublin diocese.

In the Jesuit education sector money will be provided to promote the Jesuit ethos of educating ‘men and women for and with others’ and ‘promoting a faith that does justice’. Projects promoting diversity and this core ethos will be supported. The Jesuits have eight schools in Dublin, Galway, Limerick, and Clane (Co. Kildare), five of which are non-fee-paying and three fee-paying. Two are primary schools. One of these is a DEIS school and the other caters for children with special educational needs.

According to Education delegate Brian Flannery, as Jesuit numbers continue to decline in the Irish Province the Society is very clear that the survival of Jesuit education will depend on lay staff taking ownership of its educational mission. “Critical to this will be their understanding and support for the principles of Jesuit education and its particular way of proceeding. In preparation for this reality, there have been determined efforts over the last two decades to provide programmes of induction and formation for staff in the schools and colleges – both at local and provincial levels.”

Brian says that the intention of the Province to further enhance and develop these programmes and to provide ample opportunity for staff to avail of a phased programme of formation over their professional careers is very welcome. “Some of the money from the sale of property in Milltown will provide a wonderful fillip in this regard,” he notes, adding, “Active efforts are also being made to be more socially inclusive and the bursary programmes in the fee-charging schools are in place.”

In Ballymun, the Jesuit University Support Trust will continue to work in conjunction with Dublin City University to encourage those from educationally disadvantaged backgrounds to avail of third level education in greater numbers.

The Jesuits currently employ an ever-increasing number of lay people to assist them in their social justice projects and to work with them in a variety of other sectors including education and administration. This administrative assistance should ensure the viability and development of Jesuit works for future generations. “The contribution of our lay colleagues means that the Jesuit province will be able to continue to support their outreach to refugees and migrants, the homeless, peace and cross-community initiatives in the North, Jesuit missions in Africa,” according to Bill Callanan. 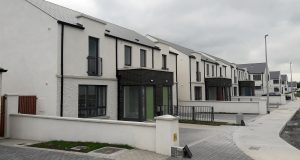 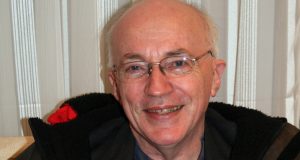