A sentimental journey to Emo 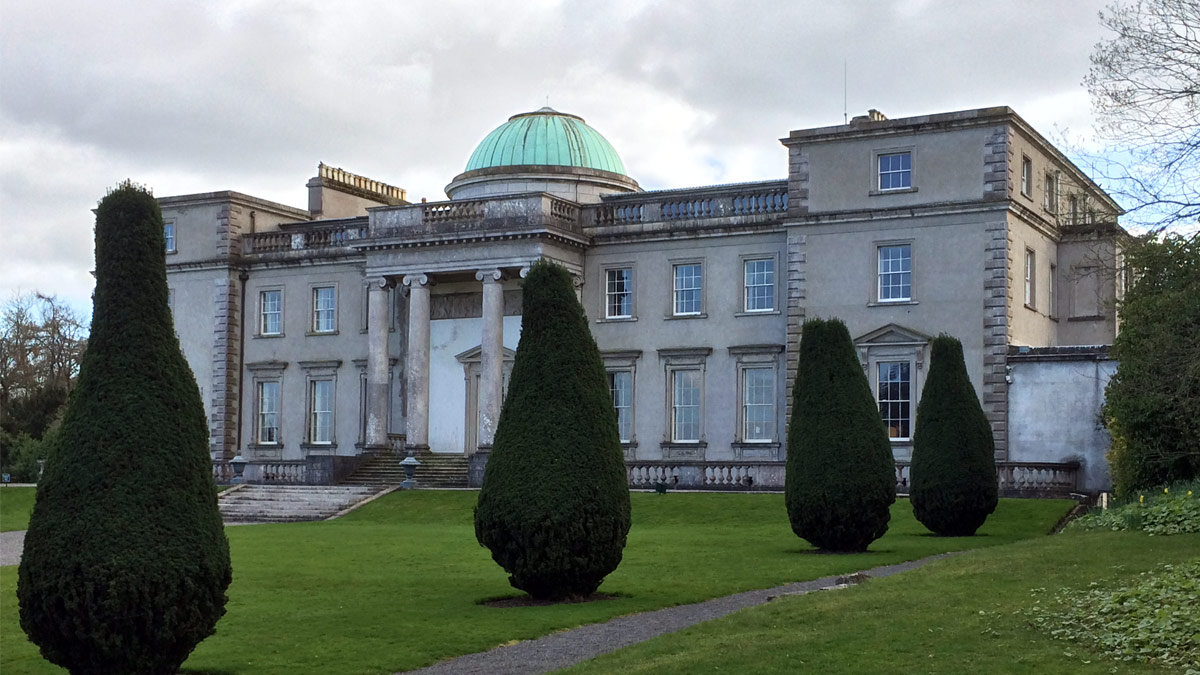 On Wednesday 12 October, there will be a gathering of Jesuits and friends in Emo Court, Co. Laois, the latest in what has become a hugely successful and much-anticipated annual visit. All are welcome to join this outing. Especially welcome are any former novices who spent time there.

This neoclassical mansion was purchased by the Irish Jesuit Province in 1930 to be used as a noviciate, a house of first formation, and 280 acres went with the purchase. The house had fallen into disrepair after being unoccupied for ten years, so a great deal of work had to be done to make it meet Jesuit needs. In 1969 the house was sold, and the noviciate was moved to Manresa, Clontarf, Dublin. Over 500 young men began their Jesuit lives in Emo during those thirty-nine years.

At 11:00am on 12 October a bus will leave Milltown Park for Emo. It will arrive around midday, and a light lunch will be served in the Tea Rooms around 1:00pm. After lunch there will be a stroll around the grounds close to the house.

Mass will be celebrated at 3:00pm, in memory of all who have lived and worked in Emo. It will take place in the old Chapel (Rotunda Room), where so many Jesuit novices took their vows. The Office of Public Works, into whose hands the house was passed in 1995, have kindly arranged refreshments, followed by a guided tour of the house, which will include the Father Browne Exhibition. This will include areas of the upstairs and downstairs which are not normally open to the public, for example the the old kitchens, sculleries, lower corridor, upper corridor and old camaratae (bedrooms).

Weather permitting, there will be an opportunity to visit the outer grounds, including the lake, the grapery, and the old garden.

At 6:00pm approximately there will be a meal in a local hotel. Departure for Dublin will be at around 8:30pm.

The costs of this year’s visit are being kindly covered by the Irish Father Provincial.

The broad appeal of Ignatian Spirituality

Standing up for LGBT people