Scorsese’s latest film ‘Silence’ may be set in 17th century Japan, but it resonates with modern-day issues like the torture of prisoners and the persecution of Christians. So says Brendan Staunton SJ, in this interview with Pat Coyle of Irish Jesuit Communications. Brendan, who has a background in psychoanalysis, says the film is powerful because of its beautifully screened symbolic layers exploring universal themes such as the search for the absent father, as well as perennial ethical and theological questions.

In this interview he discusses the main themes that Scorsese has been exploring throughout his career and how they have reached a high point in this work. And he speaks about other iconic directors like Tarkovsky and Bergman and the influence they have clearly had on Scorsese’s shooting of this film. He also notes the Ignatian references in the film and the interrogation of the role of the missionary in a foreign country.

He says it’s an “amazing” film, deep, dark, poetic, challenging. “He really rubs your nose in it, visceral, gutsy stuff… like watching King Lear… not always pleasant but it stays with you.” 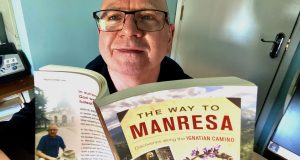