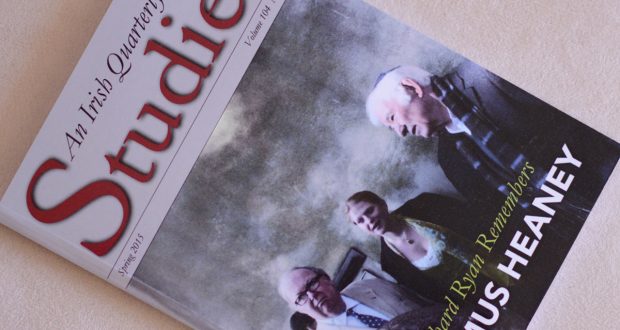 Studies on Heaney and Behan

Two giants of modern Irish literature – Seamus Heaney and Brendan Behan – are remembered in the leading articles of the Spring 2015 issue of Studies. And the two of them could hardly have been more different. Irish diplomat Richard Ryan, a longstanding friend of Heaney’s, notes in his commemorative essay Heaney’s “innate, perhaps unique generosity of spirit”. He never showed, according to Ryan, “even a hint of impatience when confronted by eager strangers”. In all of Ryan’s memories of his time spent with Seamus and Marie, what transpires is the Nobel laureate’s warmth and generosity, the depth of his friendship, and his respect and regard for everyone he met.

Behan, on the other hand, was a “hell-raiser”. In an essay prompted by a conference last year to mark the fiftieth anniversary of Behan’s death, John McCourt, who lectures in English literature in Rome, cuncurs with the general academic assessment that Behan’s reputation as a serious writer suffered badly on account of popular perceptions of his life and lifestyle. “With monotonous regularity,” McCourt writes, “we have Behan the boozer; the dyed-in-the-wool Dubliner; the character; the chancer; the house-painter; the ‘drinker with a writing problem’ (his own coinage); the terrorist…; the child-terrorist…; the Irish republican; the stage-Irishman; the singer; the entertainer; the raconteur; the internal exile; the lout”.

And yet there is no doubt in either case about the brilliance of their writing or about the huge regard in which they were held by Irish people and by those abroad. Ryan has memories of Heaney’s first meeting with Patrick Kavanagh, his collaborations with other Irish artists, and his many meet-ups and holidays with friends, which are fondly recalled and illuminating. He evidently had a great talent for friendship. Behan’s relations with friends tended apparently to be more raucous, but for all his loudness and swagger he too was greatly loved in his homeland. “His funeral,” McCourt says, “was famously one of the largest and most heartfelt that Dublin had ever seen.”

Apart from these two essays, the spring issue of Studies contains fine articles on such diverse subjects as German Nazis on the Irish public service payroll in the years leading up to World War II, the extraordinary achievements of Ireland’s great engineer and public transport entrepreneur William Dargan, and the curious role played by Fr Tom Finlay SJ in the setting-up of a number of Irish nationalist newspapers in the early decades of the 2oth century. 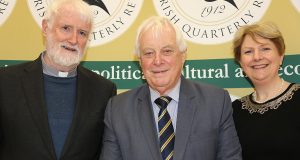 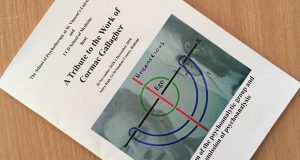 Lacan and the Jesuit connection