Studies on the Synod 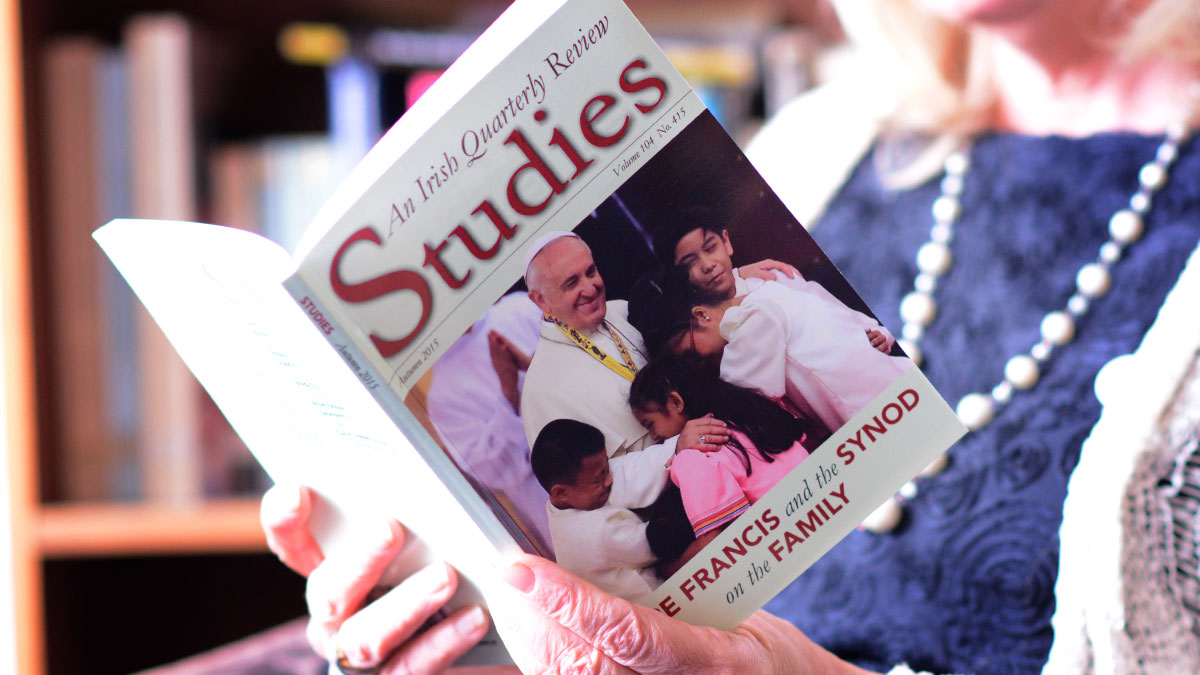 The upcoming Ordinary Synod on the Family dominates the Autumn issue of Studies. The chief focus throughout is Pope Francis himself. What does the lead-up to this synod (including last October’s Extraordinary Synod) tell us about Pope Francis? What does it say about his style of governance, about his attitude to collegiality, or about how he understands the relationship between the theological and the pastoral? Can we learn more about the Pope’s current dispositions by taking a closer look at his Argentinian experience?

On this last question, Austin Ivereigh notes that there are many aspects of Pope Francis’s time as Jesuit Provincial, as bishop, and as cardinal which are “rich for mining” – not least, he argues, Cardinal Bergoglio’s “direct experience of the exclusion of the remarried”. He refers to the Cardinal’s obvious frustration with the failure of the annulment process, in the case of his own niece’s fiancé, to expedite matters within any reasonable time-frame.

The lead article, Gerry O’Hanlon SJ on ‘The Synod in context’, is mostly concerned with what we can make of Pope Francis’s way of being pope. Remarkable changes, O’Hanlon observes, have taken place in the Church since the cardinals met in conclave after the resignation of Pope Benedict XVI. Those cardinals themselves understood that the Church was in something of a crisis. Apart from the “neuralgic issues” such as child sex-abuse and the role of women in the Church, there was a general sense that the exercise of authority in the Church had become too centralised, too top-down. As O’Hanlon puts it, “We had confused adult respect for authority with infantilising subservience and deference”.

Enter Pope Francis. His attitude has tended to run counter to this long-standing culture. “He wants a decentralised Church, with proper autonomy for episcopal conferences and synods, and a real and not just token consultation of all the faithful which respects their ‘sense of the faith’.” The upcoming synod, then, is “a first step to a more open, collegial form of governance”.

O’Hanlon also notes in Pope Francis’s demeanor during the lead-up to the synod a clearly Jesuit understanding of discernment, “with its combination of reason and emotion, consolation and desolation, its promotion of inner freedom, and its ability to handle conflict and disagreement calmly”.

In another contribution to this issue of Studies, Paddy Agnew (Irish Times correspondent in Rome) revisits the Extraordinary Synod of last year and wonders if we will see the sharp divisions, the rancour, and the public arguments between prelates this time round. Pope Francis, he surmises, will look on the bitter exchanges of the past year “with no great alarm”. He wanted a debate and he got one. Agnew takes no stance on how deep and extensive the changes which the synod will help to usher in will be.

Breda O’Brien also casts an eye back to the Extraordinary Synod and notes how important collegiality – ‘synodality’ – is to the Pope. He insists on everyone being able to speak without fear, he encourages “bold speech”, and he clearly wants to help engender a Church in which the local Church is strong and decisively pastoral. Also a Church in which the Pope is more a guarantor of unity than a domineering figure of authority. The issue for O’Brien is to preserve the Church’s teachings, especially on issues concerning the family, but at the same time to be “pastorally sensitive to the awkward, battered reality of real family life”.

Pope Francis and the death of the global economy

Pope Video: For the elderly

Pope Video: For the elderly