The Camino – a spiritual shortcut? 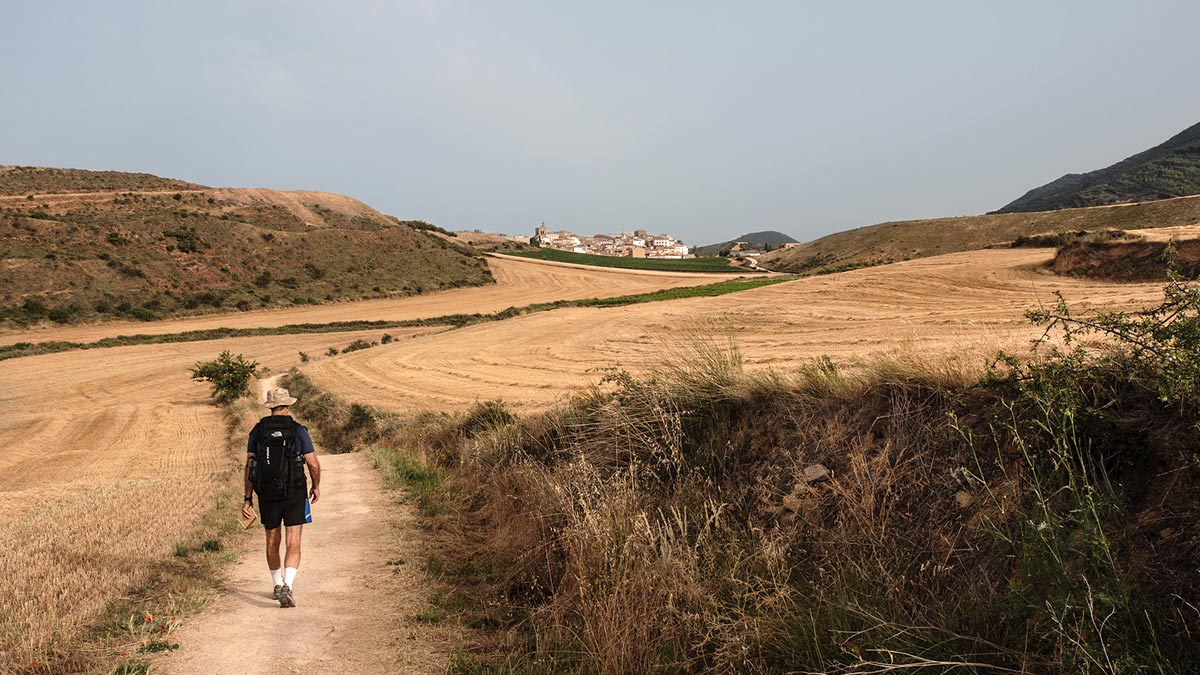 “St James is reported to have converted less than seven people to Christianity in his lifetime. Today he is attracting hundreds of thousands of people. Maybe what we do today will only bear fruit in a distant future.” So commented Professor Piotr Roszak from Nicolaus Copernicus University, Torun, Poland at a lecture on the Camino in the Loyola Institute, Trinity College Dublin, on Wednesday 13 February, 2019.

Prof. Roszak is a pilgrim and an enthusiastic proponent of the Camino, as well as being a theological expert on it. He spoke to a packed audience of fellow pilgrims, including many members the Irish Society of the Camino de Santiago de Compostela, and their chair Turlough O’Donnell SC.  The event was chaired by Dr Bernadette Cunningham, deputy librarian of the Royal Irish Academy and author of the recently published  Medieval Irish Pilgrims to Santiago de Compostela.

The talk addressed the history of pilgrimage and the three great pilgrim routes. One was to the Holy land, and the pilgrims were called palmeri. One as to Rome, where they were called romeri, and the third was to Santiago de Compostela, where pilgrims were knows as peregrini. The importance of Santiago as a destination was illustrated by the way it has given us to the word ‘pilgrim’ (from the Latin peregrinus).

Prof. Rozak referenced a document in which an Arab visitor to Santiago in the Middle Ages wrote of the crowds in Santiagio being comparable to those visting Mecca.

Last year 327,378 peope received ‘Compostellas’, the traditional document awarded by the Cathedral to anyone who has walked at least 100km of the Camino. This is a practice dating back to the Middle Ages. Over four percent of those awarded were Irish.

At one point in his talk Professor Roszak asked for a show of hands from those in attendance who had walked the Camino. Over 80% put up their hands. He went on to say that people walk the Camino for many different reasons, and that it played a role in modern spirituality. He noted that the simplicity, peace and pain of the Camino make it a spiritual shortcut. “Many people set out as tourists to walk the Camino, and arrive in Santiago as pilgrims”.

Irish Jesuit Brenda McManus walked the whole 800 km of the Camino as a way to deal with the loss of his brother through suicide. His book, Redemption Road: Grieving Along the Camino went on to make the top ten in the Irish Times non-fiction books list.

It’s not about the gear!