Pope Francis signed his latest encyclical Fratelli Tutti on Saturday 3 October 2020, in Asissi, on the anniversary of the death of St Francis, whose name he took on becoming Pope (see photo).

The encyclical, which focuses on fraternity and social friendship, was inspired by St Francis whom the Pope quotes in his opening lines, saying: “‘Fratelli Tutti.’ With these words, Saint Francis of Assisi addressed his brothers and sisters and proposed to them a way of life marked by the flavour of the Gospel.”

Gerry O’Hanlon is an Irish Jesuit theologian. In this interview with Pat Coyle of Irish Jesuit Communications, he explores the main themes of this latest letter from Pope Francis. He explains the influence St Francis has had on the Pope regarding ecology, love of the poor, dialogue with those of the Muslim faith, and brotherly and sisterly love. This ‘fraternal’ love based on the fact that every human being is made in the image and likeness of God must overflow into active care of the most vulnerable in our world, in particular our migrants and refugees.

But Gerry O’Hanlon begins the interview by addressing the criticism levelled at Pope Francis that this document, which is so centred on the equality and unique worth of every human being, is almost totally devoid of any acknowledgement of the contribution of women to the creation of a world where this vision is paramount.

He points out that not one woman writer or theologian features in the 288 footnotes/sources in the encyclical. He notes too that the people whom Pope Francis quotes admiringly in the main text are all men, including Martin Luther King, Bishop Desmond Tutu, Brother Charles de Foucauld, and Gandhi.

Dr O’Hanlon acknowledges that this issue is disturbing for him. He remarks that it is at best a distraction for readers, but at worst a real stumbling block to the authenticity of what the Pope is trying to communicate.

Nonetheless, he says, there is much value in what Pope Francis is seeking to communicate in this document. He outlines the Pope’s vision for humanity and the synodal methodology that permeates this encyclical and is core to Francis’ practice. He cites the Pope’s invitation to the reader to ponder with him the gospel story of the Good Samaritan as an example of this, noting that throughout the document Francis is always inviting reflection and dialogue on the topics he references.

Pope Francis also addresses forcibly issues like the church’s teaching on the death penalty and the ‘just war theory’. Dr O’Hanlon evaluates the significance of his stance in this regard, particularly in the light of the reaction of the Pope’s forthright and outspoken critics.

He notes the Pope’s critique of populism and neo-liberalism, saying that he does not outrightly condemn either but calls for discussion and reflection around a middle way.

Pope Francis has a commentary on the reach of social media in this encyclical, noting its positive and negative effects. Gerry O’Hanlon praises the Pope’s critique of social media and his calling out on the crassness of social discourse emanating in particular from some political leaders.

Covid-19  erupted after the Pope had begun writing Fratelli Tutti and the pandemic only served to underline the serious issues facing everyone around the world. According to Dr O’Hanlon the Pope is not just addressing Catholics or Christians but all people of goodwill including people who are waking up to the fact that the coronavirus has changed everything and there can be no going back to the ‘old ways’. Our common humanity, our common home must be at the core of our planning for the future the Pope says.

The interview ends on a challenging note. Fratelli Tutti is an important document that will only bear fruit if it is taken up and deliberated on the in the synodal spirit of Francis himself, says Gerry O’Hanlon. Dioceses, parishes and faith groups in Ireland and around the world need to take this encyclical and make it their own. They need to explore ways to make concrete in everyday life the vision that animates the Pope and that he now shares with the world. 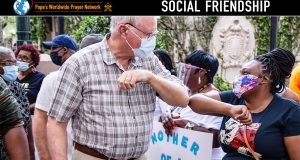 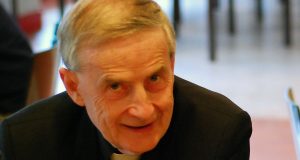 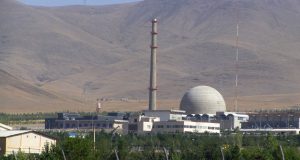