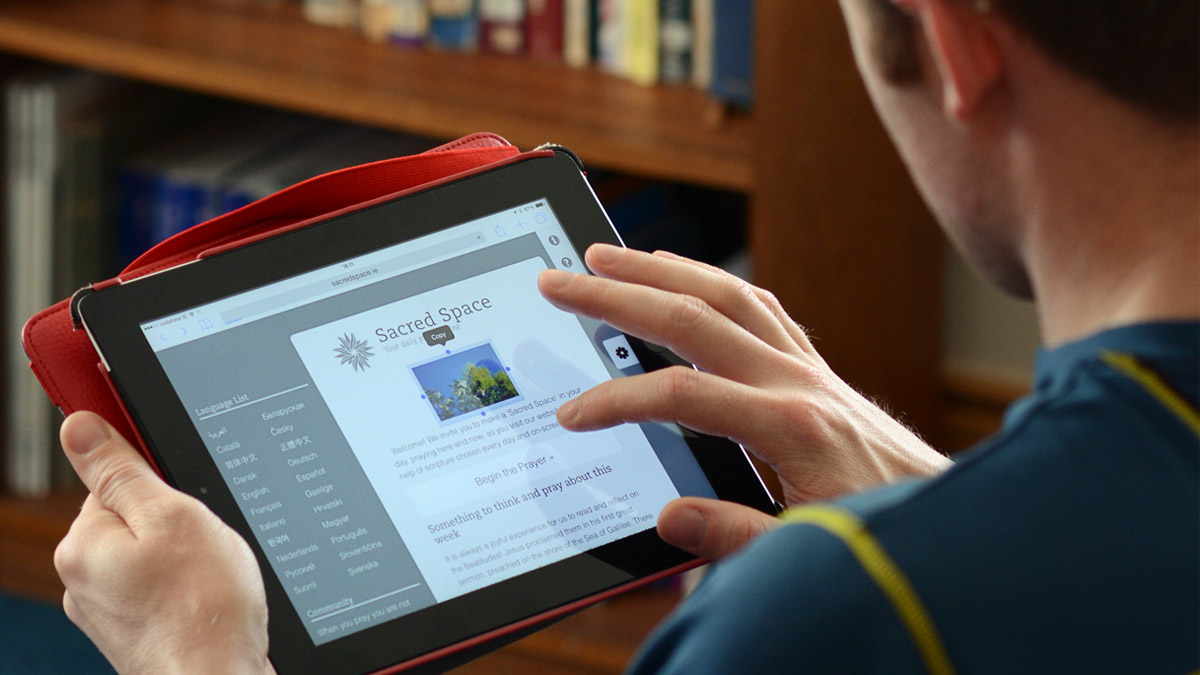 A new analytics survey of the Jesuit online prayer website Sacred Space has revealed the website to be in excellent shape, as it marks its 20th birthday. The research was undertaken by digtial marketing expert John McDermot, Director of Systemivity (a digital marketing and development company). It showed that 700 people are praying every hour on Sacred Space. That translates into an average of 16,000 per day from around the world, and this online community of prayer has reached over 20,000 daily on occasions. “This means that Sacred Space is one of the top most-visited prayer websites in the world,” according to John, who built Sacred Space’s first content management system back in 2006. “These are staggering figures,” he adds.

The survey also reveals that Sacred Space comes number one in the world in Google search, for the term ‘daily prayer website’.  It is in the top ten in most Google searches for online prayer, often hitting number one on many searches.

Fiona Owens, Office Manager with Sacred Space, says the regular feedback from people praying all over the world on the site, is most encouraging. “I’m very touched by the hunger in people for meaning and support in their life and in their prayer.” She cites some examples: ‘Finding Sacred Space by accident has been a blessing during my darkest moments when I thought I could not go on.’ And, ‘It has been the only thread that has guided me back to a place of faith and direction’ Also, ‘The gospel inspirations provide insight to allow for inner searching’.

Fiona also receives many requests from different Christian denominations for permission to use the website material as part of their faith formation projects in parishes and schools. “We had a request recently from a school in Australia. They told us they use Sacred Space daily for morning prayer with their students.”

In the season of Advent and Lent, Sacred Space offers an online retreat for their prayer community. They do this in collaboration with the British Province who run the podcast prayer service ‘Pray As You Go’. “This is a really important collaboration that’s been going on for a number of years now,” according to Pat Coyle, Director of Sacred Space. “Each season we take turns in sourcing a new writer for the retreat. The same material is then used on both sites, so those praying the retreat can do so by reading or listening or both.” Again, the feedback on these retreats is always uplifting, according to Pat.

“As we reach the 20th birthday of Sacred Space, founded by Alan McGuckian SJ with Peter Scally SJ back in 1999, it’s great to find out that it is still a thriving prayer website, and that the Spirit is alive and active, nourishing thousands of people around the world every day,” says Fiona.

Advent challenge to ‘step beyond’

Embracing the grace of Advent

Let God look at you

Back to the plough

The importance of laughter

What God are you praying to?