The old, the young and the sick from all over Ireland filled Gardiner St Church for the annual mass of thanksgiving for the life of Fr John Sullivan SJ on Saturday 20 February at 11am. The Catholic Archbishop of Dublin Diarmuid Martin was the main celebrant and homilist and he was joined on the altar by Church of Ireland Archbishop, Michael Jackson who also gave a post-communion reflection on the significance of Fr John’s life.

After thanking all involved in the celebration Irish Jesuit Provincial Fr Tom Layden SJ spoke of the importance of Fr John as an ecumenical figure for both Christian traditions. And Fr Conor Harper SJ, Postulator for the Fr John Sullivan cause, thanked both Archbishops for their continued support and recognition of the importance of Fr John in the lives of many ordinary Irish people down the years. He said that Archbishop Jackson liked to refer to Fr John as ‘Fr John Sullivan SJ, OP.  And by OP he did not mean ‘Dominican’ but ‘Old Portora’, the Church of Ireland school he attended in Enniskillen as did Archbishop Jackson. He also gave a special word of welcome to Sheila and Peter LLoyd, Anglican relatives of Fr John who had travelled from England for the mass.

In his homily Archbishop Martin spoke of how Jesus offered and new and transformative understanding of ‘the law’ that was rooted in love of neighbour. And love of neighbour for Jesus meant love of everybody, including our enemies and those who do us harm, said the Archbishop. Jesus’ understanding of God was of one whose love knew no limits or bounds. It was the kind of love Fr John Sullivan shared  as he sought to live a life of holiness, full of prayer, service and a love that embraced everyone he came in contact with.

Archbishop Michael Jackson spoke of the common baptism we all share and how Fr John’s baptism allowed him to go on an odyssey, an adventure, where he moved with openness and love from one tradition to another. He spoke movingly of the protection of God that surrounds us from our baptism. He said to be protected by God is to be filled with strength and made holy.

Hundreds of people queued for a blessing with the Fr John Sullivan cross from Fr Paul Farquharson SJ before availing of the hospitality of a warm cup of tea offered by Fr Gerry Clarke SJ, PP of Gardiner St Church. 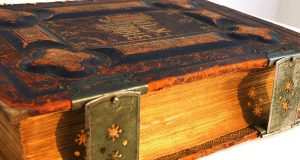 Gardiner Street Book Club: A history of the Bible 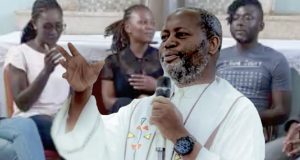 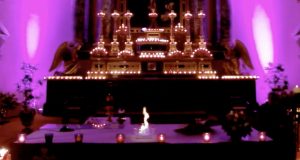 A Novena of Grace for strange times 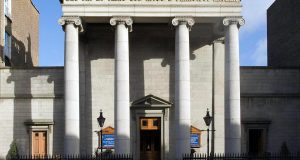