Walk and talk for Mother Earth 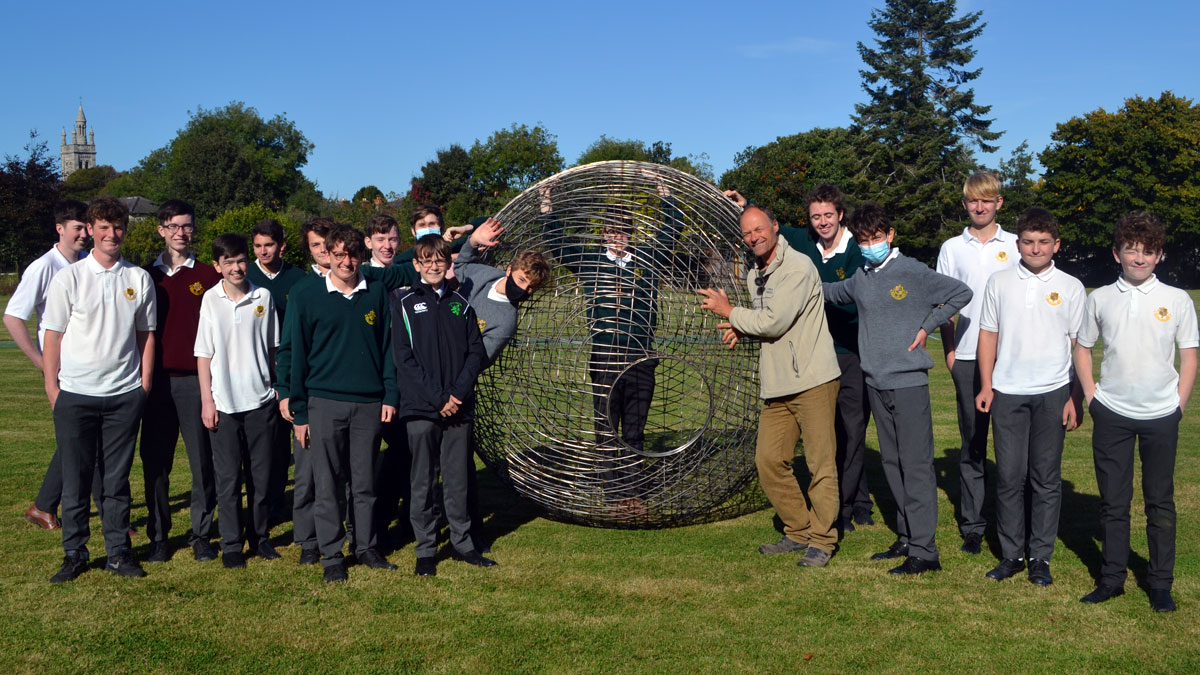 Gonzaga College SJ were delighted to welcome Arnd Drossel from ‘My Promise Mother Earth »‘ to their school on Wednesday 29 September to hear about his project of walking in a steel mesh ball from Paderborn in Germany all the way to Glasgow for the UN Climate Change Conference, COP26.

Along the way, Arnd is starting climate conversations and collecting people’s promises to the earth, in a project called ‘Promisewalk’. According to Arnd, “we humans have to take the issues of climate change and environmental protection into our own hands, and every contribution, no matter how small, is absolutely useful and indispensable”.

With that in mind, he asks the people he meets to think about what they can personally contribute and to formulate it as a promise.

Staff and students heard his story of the ‘Promisewalk’, and they had a chance to try walking in the steel mesh ball, which is a symbol of our planet. The interconnecting threads that make up the sphere symbolise how everyone and everything on the planet is interconnected.

One First Year student said: “I think that My Promise Mother Earth is such an interesting project with a really important message. I enjoyed their visit so much and I would like to wish them the very best of luck on the rest of their journey.”

A Sixth Year student gave the following feedback: “I thought it was a creative and fun way to make us aware of the impact of climate change. It’s an admirable gesture to walk so far for something that he believes in and values.”

Look out for Arnd as he rolls from Dublin to Belfast over the coming weeks. You can find out more about the project, and make your own promise to the earth, on his website ».

Addicted to our phones