Peter McVerry SJ says we must regain our outrage and make it felt, if we are to have any hope of effectively tackling the issue of homelessness and the housing crisis. The Jesuit priest who has worked and lived with the homeless for over thirty years says that housing is the most serious social issue facing Irish society today. “In the last two years five new people a day have become homeless and that’s not including families and the one thousand five hundred children now living in emergency accommodation.”

He says he was totally surprised by the announcement today by Dublin City Council that they were re-tendering the contract to build emergency modular houses in Ballymun because contractors said the May deadline was too tight. “I  was at a display of modular housing units last year”, he said, “And one manufacturer said he could make ten a day and put them on site in two days.”

He said that there is little evidence that homelessness and the housing crisis is at the top of the agenda of concerns of any of the major parties. So he hopes that the next government formed will feature either Fianna Fáil or Fine Gael along with a coalition of left wing independents and parties. He believes that this will ensure that the conservative right wing leanings of the major party would be curbed and concessions would have to be made that would favour the less well off.

In terms of the 2016 election result he said he was sorry that some individual TD’s lost their seats, ‘Like Aodhán Ó Riordáin. “He was a good minister in terms of the addiction crisis, and he took a brave stand on unpopular issues such as favouring the decriminalising of drugs.” But Peter McVerry was not sad to see the end of the Fine Gael and Labour coalition government because during their years in power the problems of homelessness and housing worsened significantly, he said. “There might have been some excuse for this during a recession but in 2015 we had the highest rate of  economic growth in the EU and the government took in an unexpected three billion euro yet homelessness reached record levels in that year.”

Peter McVerry is clear that the government must shoulder the blame for giving in to or aligning themselves with the vested interests of powerful institutions like the banks. “The better off and the powerful always won out in terms of protecting their own interests.” And he wants legislation introduced that would prevent the banks from evicting families after landlords’ houses are repossessed.  He said that there were thirty seven thousand families in mortgage arrears for over two years who are living in dread of repossession.

The picture looks grim, he conceded, as the political parties struggle to form a government. But as the housing crisis spreads, touching more and more middle class families, then it starts to become about “us not them”, he says.  “And that might make people recover the sense of outrage they no longer have. Then perhaps the powers that be will get the message and start to bring about the type of change our society so desperately needs.” 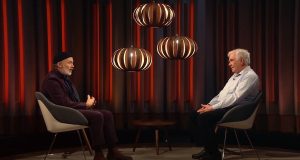 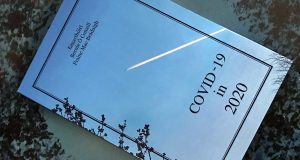