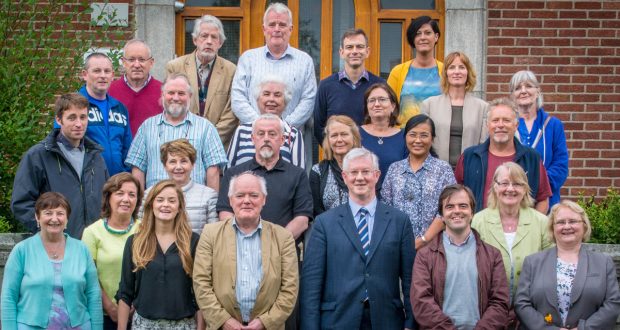 A week of transformational learning

The Spirituality Institute for Research & Education (SpIRE) ran the Spirituality Summer School on 21-25 August 2017 at Milltown Park, Dublin. The school included 29 participants who were there for the week and 21 participants from the Waterford Institute of Technology MA in Applied Spirituality programme who were beginning their studies. Spirituality-related classes included Imagination and Art, Literature and Media, and Ecology. All participants took classes together in the first half of the day while they divided into different groups in the afternoon.

The summer school attracted a number of people who travelled to Ireland specially for the week. The current MA class also includes participants from Myanmar, South Africa, Croatia, and England. Michael O’Sullivan SJ, SpIRE director and programme leader of the MA, said: “This year, for the first time, the MA has attracted an almost equal number of women and men (11-10) – the ratio, for example, in 2016-17 was 2:1 (women to men). And a member of the 2016-17 class wrote on the eve of the week to say: ‘May next week be full of wonder and blessing for you all as you set out to create a transformational learning community’”.

Spirituality, Imagination and Art lecturer Amanda Dillon drew from a wide range of art sources such as Hildegard of Bingen, Vincent Van Gogh, and Marina Abramovic. She engaged participants in exercises such as finding the sacred in local maps and meditating using images (visio divina). She also emailed participants with plenty of reading as a follow-up. Spirituality, Literature and Media lecturer Brian Dooney delved into poems and songs, and told participants: “Words carry the charge but rhythm controls the spell”. His reflection on Psalm 62 (63) and William Ernest Henley’s Invictus poem particularly captivated his class. He helped participants to experience the divine through language, and concluded: “I hope I’ve added to the inspiration, and may the force be with you!”

For the week-long participants, Spirituality and Ecology lecturer Niamh Brennan was noted to be most informed on science and scripture, leading the participants to hunger for more. It is thought that she inspired her class to look for practical solutions in relation to caring for the environment. Instead of the Spirituality and Ecology class, MA participants began the Journeying with s/Spirit module where they worked towards developing their own spiritual autobiography and learned spiritual accompaniment skills. They were also brought through a programme orientation in order to gently adapt to their lives as students.

Michael O’Sullivan SJ said: “The feedback from both groups about their week was very positive and is further evidence of the great interest at the present time in the study of spirituality”. At the end of the week, a number of participants in the MA shared that it was a privilege for them to be doing the MA with such companions and that they also looked forward to the “brain strain” the MA would provide. Graduates of the programme continue to wish the new class well on the SpIRE Facebook page including Nuala Colfer who commented: “Have a great year everyone! It will be a life expanding experience! One of the best times of my life!!”

“I look forward to continuing my work and relationship with the new MA class after the week,” says Michael, “and to building on the foundation of the week with them.” Furthermore, he notes: “It was consoling to be working with such fine people at an affective and academic level regarding their own lives, and to be on the frontiers of change contributing to the further development of spirituality as an applied academic discipline.” 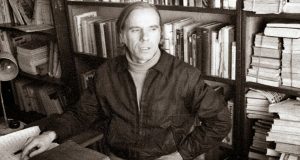 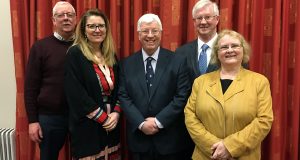