Who frames the news? 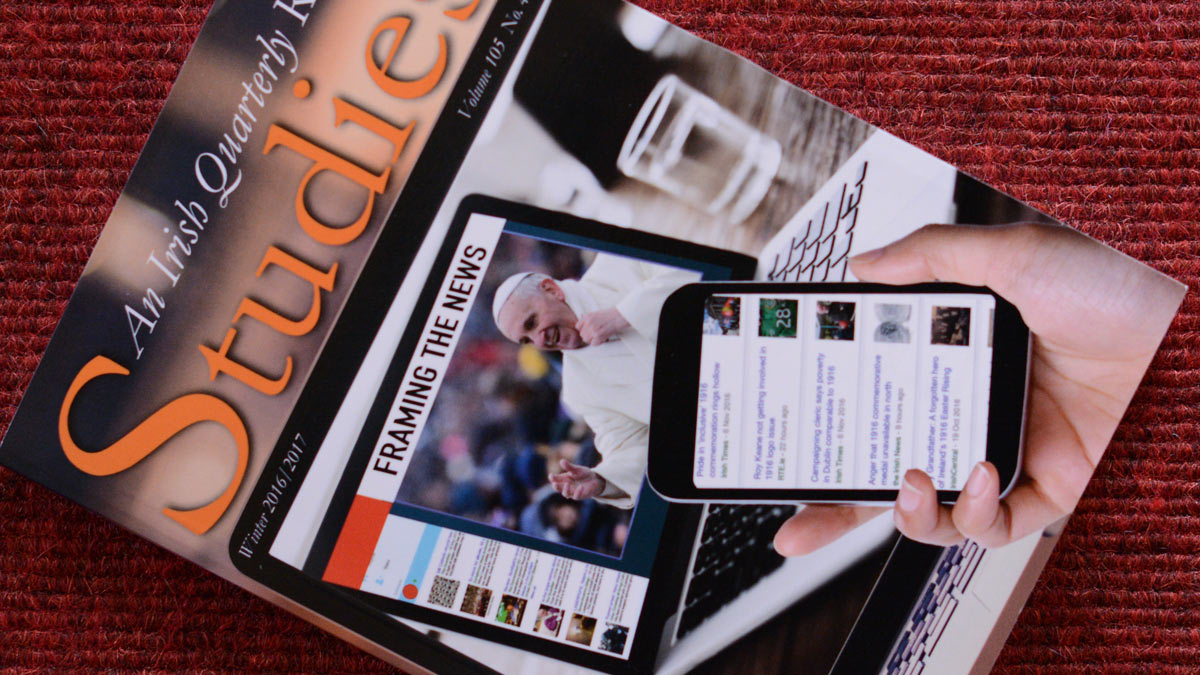 ‘Framing the News’ is the title of the latest edition of the Jesuit quarterly journal Studies.  As the title suggests it addresses the theme of communications, both traditional and new, in the current age. Editor Bruce Bradley SJ says in his editorial that we might characterise our current situation as people who are “unwitting inhabitants of a communications bubble, the implications of which we hardly understand at all.” He adds that some of the articles in this winter edition of Studies “are concerned with this notionally familiar and increasingly influential feature of contemporary life”.

Today we encounter other people  in a variety of ‘public squares’ as Margaret O’ Brien Steinfels discusses in a lead article – ‘Standing in the Public Square: Who? What ? Why? The former editor of Commonweal, founded in 1924, a lay Catholic journal that now has the possibility of reaching a whole new audience in its online version. This rapid development of online media  and in particular social networking, marks a profound change in how we relate to each other and our world. But do we know and understand that change? Have we reflected on the implications of its effect?

These issues are addressed in this journal indirectly, through the analysis of particular events and how they have been communicated. So Peter Steinfels writes on the role of the media as a historical source in the clerical sexual abuse scandal in America. Closer to home David Robbins examines the role of the Irish media in reporting on the Pope’s encyclical on the environment – Laudato Sí. Whilst former RTE journalist now lecturer, Kevin Rafter, examines ‘The Political Communication of the Decade of Commemoration’.

As the Studies editor notes, a common theme emerges from such contributors, namely that of ‘framing’. Who dictates the dimensions and canvas which circumscribe the message? How does that influence the message? Why is it done one way and not another?  Of course these questions are not unique to the 21st century, they’re as old as any form of human communication. But he notes, that in a post-Brexit, post-Trump, post-truth era, “the questions are much, much more urgent.”

To buy a copy of Studies or read more about this journal or previous editions visit the website , the Messenger Office in Leeson St or any good bookstore.

Studies: The pity of war

Business and the Earth

‘We need the testimony of lay people’

Laudato Si: How does the encyclical speak to an Irish context?