The canonization of Blessed John Henry Newman has been given the green light by Pope Francis, who on 12 February signed off on a second miracle attributed to the great English Catholic convert and scholar. Newman was declared Blessed by Pope Benedict at an open-air Mass in Birmingham during his 2010 papal visit to Britain. He may be canonized as soon as this coming autumn.

In interview with Pat Coyle, historian Dermot Roantree describes Newman’s personal development from evangelicalism to high Anglicanism to Roman Catholicism in the first half of the 19th century. He speaks too about development as a theme central to Newman’s theology and his practical understanding of the Church. It was Newman’s gradual realisation of the critical role of development and change in a living tradition that convinced him that it was Rome rather than Canterbury that had stayed faithful to the charism of the Church of apostolic times. He entered the Church of Rome in 1845.

What makes this canonization especially resonant, Roantree argues, is that both conservative and more progressive voices in the Church these days invoke Newman’s theory of development, but in two very different ways. According to Roantree, Newman’s understanding of the theme is much more complex and nuanced than the conservative critics of Pope Francis seem to hold.

Most of all, however, Roantree insists that he is a suitable candidate for sainthood on account of his personal holiness, his courage, and his attentiveness to the voice of God.

Know what you’re talking about 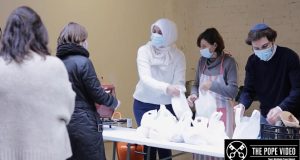