Jesuits from around the world today sent an open letter to the leaders of the G8 countries who will meet in Edinburgh this evening. The letter from the co-coordinators of the Jesuit Social Apostolate...

Jesuits from around the world today sent an open letter to the leaders of the G8 countries who will meet in Edinburgh this evening. The letter from the co-coordinators of the Jesuit Social Apostolate urges the world’s wealthiest countries to “adopt the means necessary so that once and for all the poverty in which a great part of humanity lives might pass into history”.

Irish Jesuit Provincial and former Director of the Jesuit Refugee Service in Europe, Fr.John Dardis says, “All of the Jesuits who signed this letter have first- hand experience of the disastrous consequences of poverty for so many millions of people throughout the world.

They work with people dying of sickness and starvation, with refugees who’ve had to flee their homelands because of violence, and with people who are powerless in the face of brutal dictatorships and First World exploitation. As Central American Jesuit John Sobrino says, one billion people living on less than a dollar a day is a ‘macro blasphemy’! ”

In their letter the Jesuits say that poverty is linked to a system of producing and consuming which does not take into account the needs of all people, aggravates the plight of women and strangles the cry for justice. According to Fr.Peter Hans Kolvenbach, the Father General of the Jesuits worldwide, “Poverty has always produced weakness and humiliation, and also makes difficult self-respect and the exercise of solidarity”.

The Jesuits urge the G8 leaders to implement a number of measures “from their position of privilege”, including an increase and improvement in the quality of development aid, the promotion of an international trade system centred on human development and not free exchange and a just and definitive solution to the problem of external debt.

According to Fr. Dardis, “So many poor countries in debt have already paid back more than they originally owed and under such unjust conditions that they don’t have the money for vital necessities such as food, healthcare and education.

The root causes of poverty must be addressed by the G8 countries. We need to tackle the core issue which is the system that does not work.”  In their two page letter the Jesuits say they want to unite their voices to the clamour of so many millions of people mobilized throughout the world to demand an end to poverty. “Now is the time to begin to create a world where poor people are not a problem but rather subjects and protagonists of a new and more human future for us all.” 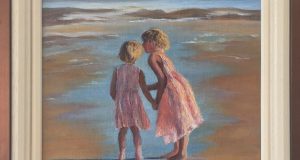