Spirituality Centre in Limerick gets busy

Parents from the Crescent recently attended the Jesuit Centre of Spirituality in Limerick for a retreat in daily life. Liam O’Connell SJ and Dermot Murray SJ each directed a number of participants. Another such retreat will be organised in May. Also, Dermot Murray and Charlie Davy animated an afternoon of personal prayer, group-sharing and Mass, on the theme of being ‘ambassadors for Christ’, for a group of six people on Sunday 10th. This was the third meeting of this group since last December. The group hopes to expand to about twelve members over the next few months. Next meeting is scheduled for 19 March. 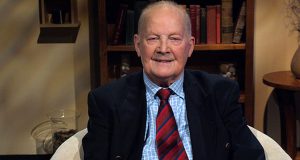 Bringing ‘faith that does justice’ to school