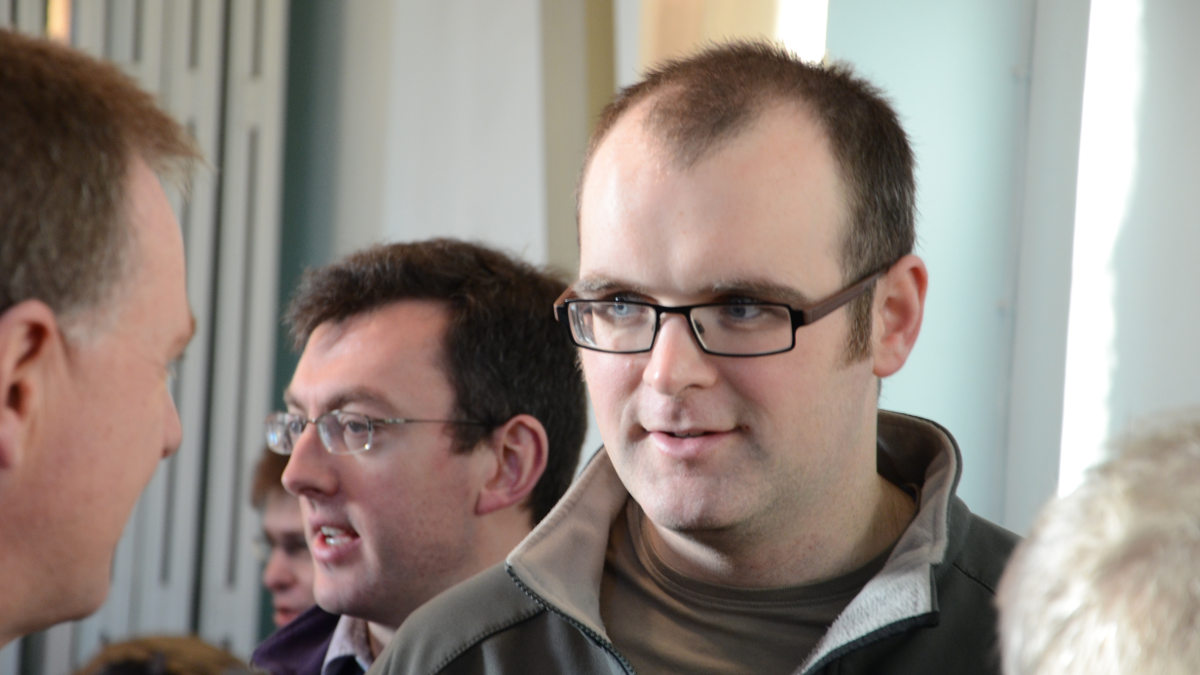 The first two years of Jesuit formation is a school of the heart.  Its goal is the verification of your vocation to the Society through discernment in the various probations and experiences which are proper to this initial stay of formation.

Essential to the process of discernment is the development of one’s prayer life. In addition to the daily celebration of mass, novices pray in the morning, at midday and in the evening.  After four months in the novitiate, novices make a 30-day silent retreat, the Spiritual Exercises of St. Ignatius.  The ‘long retreat’, as it is called, can often prove to be a turning point in the discernment process and also in one’s relationship with the Lord.

In the novitiate you will read and learn more about Ignatian spirituality, the Jesuit mission today, the vows of poverty, chastity and obedience, the history of the Society, the Catechism and Vatican II.  This learning is typically done in a group scenario, learning through discussion and seminars facilitated by the Director of Novices.

In addition to this, novices undertake offers of a series of ‘experiments’ or placements away from the novitiate house to get a taste of what Jesuit life is actually like e.g. pilgrimage, work among the poor, teaching. After two years, a novice applies for his first – or simple – vows of poverty, chastity, and obedience and becomes a Jesuit scholastic preparing for priesthood or a Jesuit brother.

Before Shane Daly SJ joined the novitiate he worked as a teacher in a special school for children in trouble with the law. He writes of his experience of a three month placement during the novitiate in an orphanage in rural mission station in Zambia: “I learned that being generous, simply saying yes even when full of doubts, being big hearted when approaching a mission left me far more open and ready to see God’s life-giving presence in that place and in that work. I felt little suited for and not personally attracted to the job. Yet, and here’s the irony, it is in that place beyond my comfort zone and where I wouldn’t think to look for self-fulfilment that I found it..”

My most recent experiment was spent in Zambia working in an orphanage on the outskirts of the capital, Lusaka. I had little idea of what to expect. My mind was full of stereotypical musings on the challenges that would confront me. But I had learnt from my other experiments that when I step outside our comfort zone, some work I feel little natural inclination for, then interesting things happen and new horizons open up. So I left for Zambia feeling confident I would learn something more about vocation.

On arrival, I spent the first few days at the Zambian novitiate where I met the local novices from Zambia, Malawi and Zimbabwe. We shared stories of previous experiments, the 30-day long retreat, and community life. This sharing and living became a powerful introduction to life in Zambia and the experience of Jesuit life in the developing world.

Then I moved to Kasisi, my place of mission and my home for three months. Kasisi, a rural mission station was the second Jesuit work established in Zambia in the early 1900s with a range of works including a parish, an agricultural training centre, a clinic, a retreat house, a girl’s secondary school, and an orphanage. Both the school and orphanage are under the care of the Little Sisters of Mary Immaculate.

I was missioned to the orphanage to do whatever Sr. Mariola, the director, needed to be done. As a teacher by training I wasn’t all that surprised to find myself back in the classroom. In the morning I worked with the 7 to 12 year olds who would come to me in small groups of 5 to revise what they were learning in the local primary school. In the afternoon I tutored older children. However, the real fun happened in between classes where we just played with the children.

So what did I learn about vocation during this time? Sent to Zambia, I was unsure of what was expected of me. In simple Ignatian terms, this means being available; doing the work that the director identified as needing to be done. Experiments are not about self-fulfilment or self-actualization. We do not do the work we are missioned to do for our own sense of personal satisfaction but because somebody in authority judges that this is the work that needs to be done. I got more life from simply being with the children, but being in the classroom was what was needed, and that is what I did.

I learned that being generous, simply saying ’yes’ even when full of doubts, being big hearted when approaching a mission, left me far more open and ready to see God’s life-giving presence in that place and in that work. I felt little suited for and not personally attracted to the job. Yet, and here’s the irony, it is in that place beyond my comfort zone and where I wouldn’t think to look for self-fulfilment that I found it. Asking the question, ‘how does God want me to praise, reverence, and serve him in this place?’ is nothing more than getting in touch with the person God wants me to be.